Wednesday, 4 November 2020 (YJC)_Democrats are projected to maintain their House majority in Tuesday's elections. 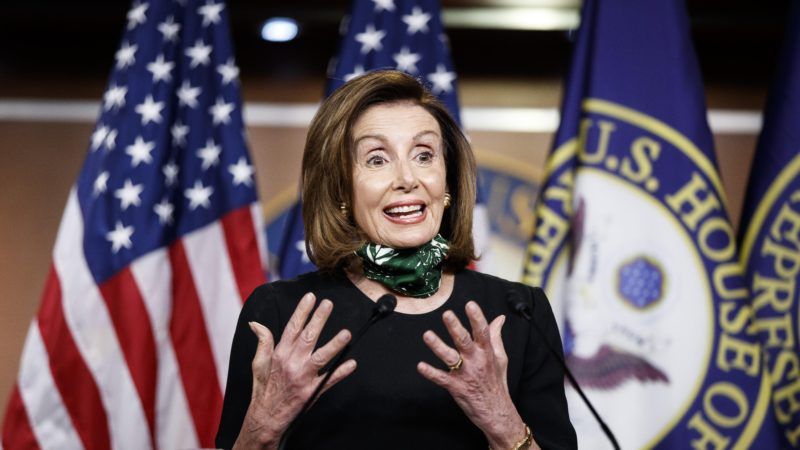 The party has so far flipped two open seats in North Carolina, which were expected to turn blue because of redistricting.But two first-term Democrats who had flipped seats from red to blue in 2018, Florida Reps. Debbie Mucarsel-Powell and Donna Shalala, were both projected to lose reelection.

Fox News and NBC News both projected the party would keep the lower chamber on Tuesday night.

Democrats currently hold 232 seats, while Republicans hold 197. The one independent currently serving in the House, Rep. Justin Amash (Mich.), is not seeking reelection.

Speaker Nancy Pelosi (D-Calif.) is expected to coast to another term leading House Democrats after becoming Trump’s chief antagonist over the past two years.

It’s a contrast from two years ago when Democrats regained the House after eight years of GOP control. Pelosi was still favored to continue leading House Democrats at the time, but a number of candidates in competitive districts had distanced themselves from her or even declared that they wouldn't back her for Speaker.

A small group of Pelosi detractors tried to prevent her from taking the Speaker’s gavel but were unable to recruit a challenger. Only 12 Democrats ultimately voted for candidates for Speaker besides Pelosi in January 2019, while three voted “present.”

Pelosi has led House Democrats since 2003 and is one of just seven Speakers in history to regain the gavel after serving a period in the minority.

If Democrats also take control of the Senate, they will have unified control across the Capitol to pursue legislative priorities such as health care, infrastructure, police reform and gun control.

If Trump wins reelection, the House will continue to serve as a counterbalancing branch of government that pursues investigations into his administration and blocks his legislative priorities.