Monday, 09 November 2020 (YJC)_ The Iranian Foreign Ministry spokesman pointed out the fact that the 2015 nuclear deal is not capable of being renegotiated. 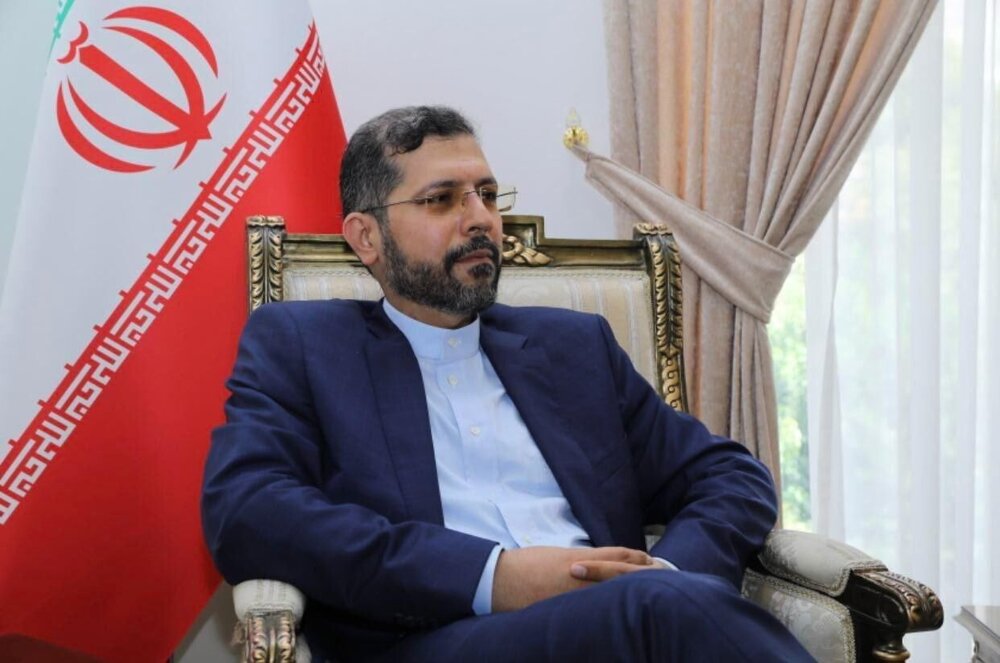 With reference to the remarks made previously by one of Biden’s advisers Khatibzadeh pointed “What his advisor said about the JCPOA is not a benchmark for us."

Elsewhere in his remarks he said “the JCPOA has been the result of well-established talks between Iran and the five permanent members of the Security Council and Germany, then it is a joint and comprehensive agreement managed by UN resolution.”

He, moreover, said “the US has violated Resolution 2231 and has withdrawn from the JCPOA causing great damage to the Iranian people. This should be properly responded by the US.”

Khatibzadeh continued his speech referring to Mohammad Javad Zarif remarks and said “the US election carries an important massage for us. Our country is seeking dialogue to resolve differences with its neighbors.”

Iranian Foreign Minister previously mentioned in his remarks that “it is not a good gamble to bet on outsiders to provide security.”

Share to
Related News
Germany, France and Britain to discuss Iran nuclear deal on Monday
US extended National Emergency on Iran for 1 year
Rouhani to future US administration: return to international laws and regulations
Iran unconcerned who will become next US president, looks at policy
Iran rejects ‘absurd’ US accusations of meddling in presidential elections
Rouhani: End of Iran arms ban triumph of logic over US bullying
Tags
saeed khatibzadeh ، iran ، jcpoa ، nuclear deal
Your Comment