Wednesday, 11 November 2020_At least three people have been killed and some 30 injured in new clashes in Ivory Coast following the contested re-election of President Alassane Ouattarare for a third term. 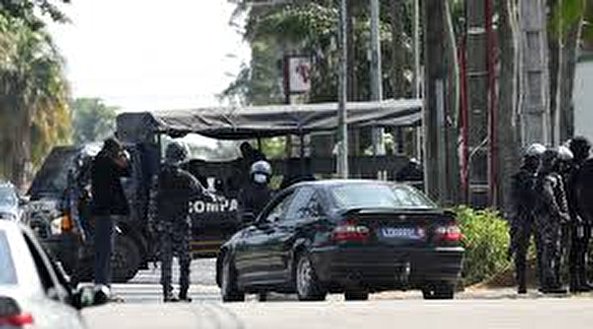 Violence broke out in the south-central town of M’Batto on Tuesday when a protest rally by opposition supporters led to a standoff with local backers of Ouattara.

The incumbent won the election on October 31 by a landslide amid an opposition boycott.

“The situation is calm now and reinforcements are patrolling the area,” said a gendarmerie spokesman as cited in an AFP report, confirming that three people were killed and 26 wounded.

A local police source cited by Reuters, however, offered a higher number of casualties, saying, “The death toll we can provide on these community clashes is three killed by machetes and gunshot wounds and around 34 wounded.”

The latest bloodshed in M’Batto follows the death of at least 40 people in clashes before and after the election.

M’Batto, a provincial hub, is regarded as mostly loyal to opposition candidate and ex-prime minister Pascal Affi N’Guessan, who was detained on Friday. He and other opposition leaders are now facing terrorism charges for condemning the vote and forming a rival government.

Ouattara, a former economist at the Washington-based International Monetary Fund (IMF), who was first elected in 2010, has called on his chief rival, Henri Konan Bedie, to end the protests and hold talks to defuse the crisis.

“I will be the president for all Ivorians,” he declared in a national broadcast on Monday night.