British economy suffers through 2nd lockdown, ahead of Brexit talks

Tuesday, 17 November 2020_With Christmas right around the corner retailers can only hope and pray the November lockdown is not extended beyond December second. 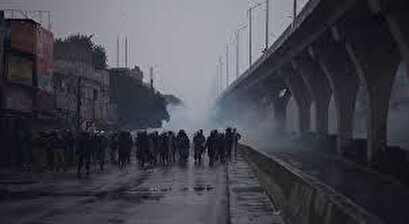 After the severe blow dealt it by the first lockdown the British economy bounced back by 15.5% in the July to September period but the worry is that it will shrink again over the winter months. Weak household spending is being blamed for the UK’s poor GDP performances.

Millions of Britons are struggle to make ends meet, and uncertainty about the future means many more are saving their pennies for even more rainy days.

The extension of the furlough scheme might help encourage spending. The government will now be paying 80% of the salaries of workers retained by firms rather than fired until March. Britain's manufacturing sector will be getting a massive tax break extension as well.

But according to the Bank of England things will get worse before they get better. It predicts the UK’s GDP could shrink by 2% in the October-December quarter and its economy is likely to shrink by a record 11% in 2020 before growing by just over 7% in 2021. But did the UK have this coming despite COVID-19?

Prime Minister Boris Johnson’s director of communications Lee Cain has quit and now his top advisor Dominic Cummings has left. Some say this will make for smoother Brexit talks, due to resume this week before an EU summit on Thursday.