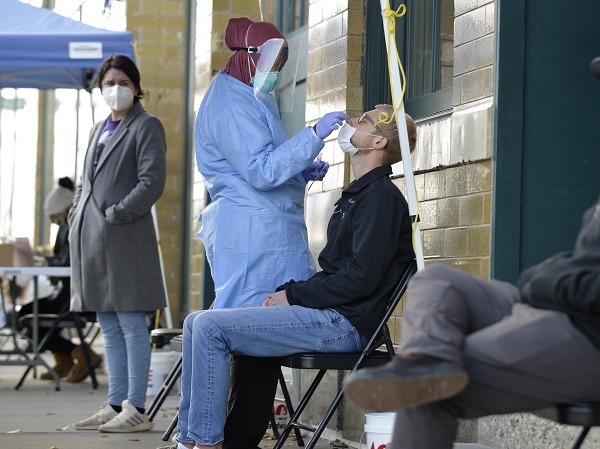 North Dakota’s coronavirus mortality rate is the highest of any U.S. state or country, according to an analysis of data from last week conducted by the Federation of American Scientists.

The analysis, first reported by HuffPost, shows that North Dakota has a rate of 18.2 deaths per 1 million people. South Dakota, meanwhile, has 17.4 deaths per million, the third-worst rate in the world. The states have a total population of under 2 million.

The two states have taken disparate approaches to the rising number of cases. North Dakota Gov. Doug Burgum (R) imposed a new series of restrictions on businesses last week and imposed a new mandate in certain settings. “Our situation has changed, and we must change with it,” he said.

However, South Dakota Gov. Kristi Noem (R), a close ally of President Trump’s, has vocally opposed mask mandates and questioned the efficacy of masks as a safeguard against the spread of the virus.

Modeling by the University of Washington’s Institute for Health Metrics and Evaluation projected that continuing under current conditions would lead to deaths in both states more than doubling by March 1. This would mean topping more than 3,000 fatalities.

Share to
Related News
US Senator pledges to fight Biden on lockdowns
Trump: Biden Won Election
Biden chief of staff: All Americans 'need to step up right now' on pandemic
US adds 184,000 coronavirus cases in one day, with no end in sight
Tags
North Dakota ، US ، covid-19 ، coronaviruse
Your Comment