Biden chief of staff: All Americans 'need to step up right now' on pandemic

Monday, 16 November 2020 (YJC)_ Chief of staff to President-elect Joe Biden, said Americans need to “step up” on the coronavirus pandemic. 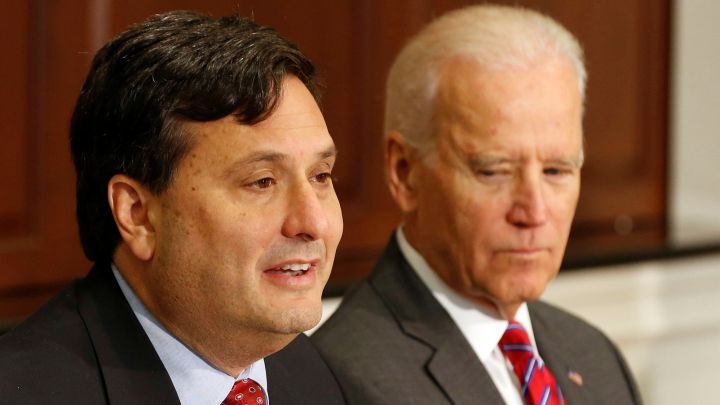 Ron Klain, chief of staff to President-elect Joe Biden, said Americans as well as state and local governments need to “step up” on the coronavirus between now and Inauguration Day.

“It’s a very grave situation,” Klain said Sunday on NBC’s “Meet the Press.” “Back in September, then-candidate Joe Biden warned that America was headed to a very dark winter if the administration didn’t step up its action.”

“The very first day of his transition, on Monday of this week, the president-elect met with his COVID task force and they made a public statement afterwards where he called on all Americans to mask up, he urged governors to impose masking mandates now and reiterated that when he becomes president he will impose one on a nationwide basis,” he added.

“He’s not the president right now, there’s not that much that Joe Biden can do right now to change things, other than to reiterate the message … that all Americans and our state and local governments need to step up right now.”

Klain added that President Trump and the current administration are “not going to lead,” so state and local officials were “where the leadership has to come from.

“That will change on January 20, but right now we have a crisis that’s getting worse,” he added, noting that last week saw the first time single-day totals for new cases of the virus reached 100,000 cases.

“This is getting much worse,” Klain said.

The General Services Administration has refused to sign off on transition funds and resources for Biden’s team, which the president-elect’s aides have said deprives them of vital resources, particularly in relation to the pandemic.