Wednesday, 18 November 2020 (YJC)_ An American businesswoman accuses Trump admin of damaging US reputation and said there comes a time when there's no explanation anymore. 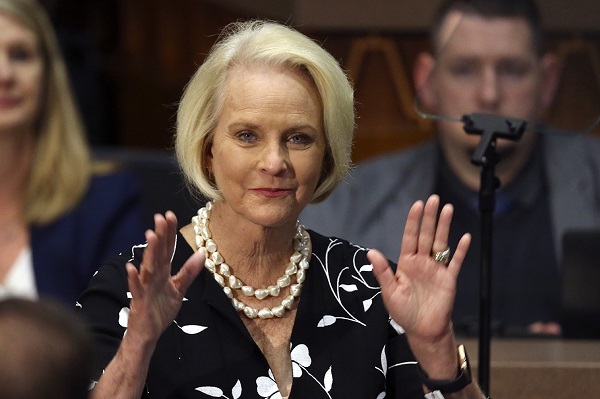 Cindy McCain, the wife of the late Sen. John McCain (R-Ariz.), accused the Trump administration in a new interview of damaging America’s reputation worldwide and called President Trump “someone who I don’t believe really understands what it means to serve.”

McCain told The Washington Post that, prior to the coronavirus pandemic, she struggled to defend the Trump administration during international trips while doing charity and advocacy work.

“I was overseas at least once a month, if not more,” she said. “I’d watch the demise of respect of our country around the globe, watch us leave our allies on the battlefield, watch us throw away our treaties, etc. You say, ‘Well, we’re better than that.’ But finally, there comes a time when there’s no explanation anymore, and that was very much the case with me.”

“There were so many people like my husband and so many millions of other people who served so nobly. And then to have it tossed away by someone who I don’t believe really understands what it means to serve,” she continued.

The president has pulled the U.S. out of the landmark Paris climate agreement, multiple nuclear treaties and other international agreements. McCain did not cite a specific treaty in the interview published Tuesday.

John McCain, who died of brain cancer in 2018, served in the Navy during the Vietnam War. He was overseas as a prisoner of war for close to six years.

At the time, she tweeted “My husband John lived by a code: country first. We are Republicans, yes, but Americans foremost. There's only one candidate in this race who stands up for our values as a nation, and that is @JoeBiden.”