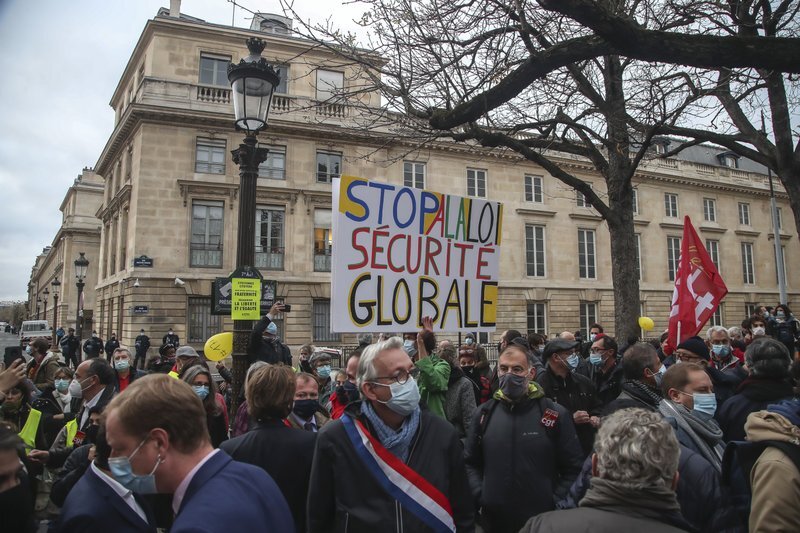 France’s parliament voted to approve a controversial law Friday that will ban the publication of images of on-duty police officers as well as expand the use of surveillance drones and police powers. Journalists’ groups, human rights activists and unions – including Reporters Without Borders and Amnesty International’s French branch – organised protests in Paris and other French cities on Saturday.

Article 24 of France’s new security bill would make it a criminal offence for anyone to disseminate images that might “harm the physical or mental integrity” of police officers. People found guilty could be punished by a year in prison or a fine of up to €45,000.

Critics of the bill say it threatens to make it more difficult for journalists and others to report on police brutality or other infractions, with journalists’ groups, human rights activists and unions organising the protests in French cities.

Facing a backlash, Interior Minister Gérald Darmanin tried to assuage public fears in comments to parliament on Friday. Journalists and members of the public can still “film and broadcast” images of police officers even “without blurring their faces”, he said. It is only when the images are shared with comments “intended to harm” or incite violence that they would fall afoul of the new law.

Media organisations had criticised Darmanin for telling a press conference on Wednesday that journalists covering protests or demonstrations should inform the authorities beforehand to “avoid confusion” if police are forced to respond to violence.