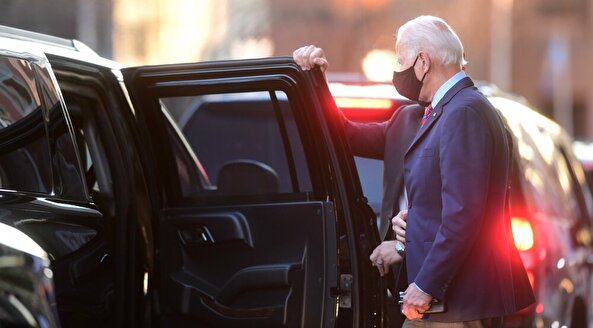 Long after victory in the November 3 election, Biden could now have access to federal resources and services, GSA Administrator Emily Murphy told him in a letter on Monday.

“I want to thank Emily Murphy at GSA for her steadfast dedication and loyalty to our Country. She has been harassed, threatened, and abused – and I do not want to see this happen to her, her family, or employees of GSA,” the outgoing president said on Twitter. “Our case STRONGLY continues, we will keep up the good fight, and I believe we will prevail! Nevertheless, in the best interest of our Country, I am recommending that Emily and her team do what needs to be done with regard to initial protocols, and have told my team to do the same.”

Murphy said she was “never directly or indirectly pressured by any executive branch official — including those who work at the White House or the GSA.”

“I do not think that an agency charged with improving federal procurement and property management should place itself above the constitutionally-based election process,” she wrote in a letter to Mr. Biden’s transition.

Trump had filed several lawsuits in battleground states to overturn the election results but to no avail.

Share to
Related News
Trump cancels plans to attend Pennsylvania GOP event on election
They lied! They cheated! They robbed! Did they?
Tags
General ، White House ، transition
Your Comment