Tuesday, 24 November 2020_China on Tuesday (November 24) launched a robotic spacecraft to bring back rocks from the moon in the first bid by any country to retrieve samples from the lunar surface since the 1970s, a mission that underscores Chinese ambitions in space. 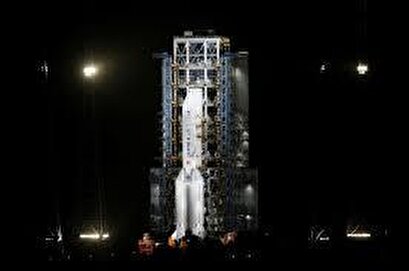 The Long March-5, China's largest carrier rocket, blasted off at 4:30 a.m. Beijing time (2030 GMT on Monday) in a pre-dawn launch from Wenchang Space Launch Center on the southern Chinese island of Hainan carrying the Chang'e-5 spacecraft.

The Chang'e-5 mission, named after the ancient Chinese goddess of the moon, will seek to collect lunar material to help scientists understand more about the moon's origins and formation. The mission will test China's ability to remotely acquire samples from space, ahead of more complex missions.

If successful, the mission would make China only the third country to have retrieved lunar samples, joining the United States and the Soviet Union.