Wednesday, 25 November 2020 _A debate on fundamental rights in the EU has just concluded in the European Parliament. COVID-19 lockdowns and reduced access to services, due to the pandemic, have apparently made the elderly more vulnerable, and other groups too. 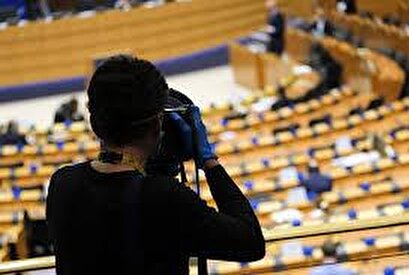 Women, children in poverty, and people with disabilities. The 27-nation bloc's asylum system was castigated during the debate. It's claimed the EU's attitude towards refugees is facilitating abuses both within the bloc and in neighboring countries.

Governments in EU Nations, such as Czech Republic and Hungary, are fuelling Islamophobia by the way they are dealing with the refugee crisis, according to experts. Other fundamental rights abuses in the EU have also been highlighted. Spanish authorities are criticized for imprisoning activists in Catalonia.

Some lawmakers accuse the EU of hypocrisy in terms of how it tries to export its values. Let's just take one example; cozying up to Israel and Saudi Arabia, which have appalling human rights records, while at the same time imposing really tough sanctions against countries such as Russia and Iran.