Wednesday, 25 November 2020 (YJC) _ Hujjat al-Islam al-Kaabi praised the successful attack by Ansarullah’s missile unit on Saudi ‎targets and expressed hope that the Islamic Resistance fighters, alongside the warriors of ‎Ansarullah, would soon pray near the Ka’bah.‎ 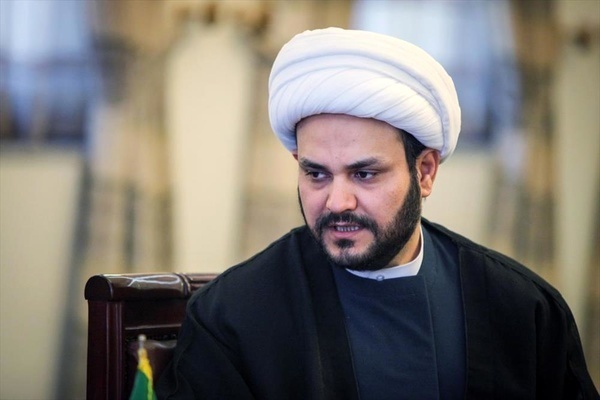 According to the Communication and Media Affairs Centre of al-‎Nujaba in Iran, In a short message on Twitter, Hujjat al-Islam Akram al-Kaabi, the secretary-general of al-‎Nujaba, praised the missile strike by the Yemeni Islamic Resistance on the Saudi regime, ‎writing, “Congratulations to you Ansarullah and the companions of the Prophet of God, the ‎Commander of the Faithful [Imam Ali] and the descendants of Zayd ibn Ali!”‎

His Eminence continued, “We hope that as soon as we cleanse the Sacred House of God ‌‎[the Ka’bah] from the filth of Wahhabism and the mercenaries of Zionism, we will stand by ‎you there to pray.”‎

In conclusion, Hujjat al-Islam al-Kaabi called on God Almighty to continue the victories of ‎Ansarullah in Yemen and to humiliate their enemies.‎

Share to
Related News
The Iraqi government is not serious in prosecuting the killers of Haj Qasem and Abu Mahdi | US embassy in collusion with mercenary politicians
Al-Nujaba: The path of the martyrs Soleymani and al-Muhandis continues
al-Asadi: Arab regimes are overtaking Israel in destruction
The US blocked two main websites belonging to al-Nujaba
Al-Nujaba: the great convention of "the path to Quds; the path of resistance"
Quran teaching center set up in Gaza city
Tags
nujaba movement ، ansarullah ، missile ، yemen
Your Comment