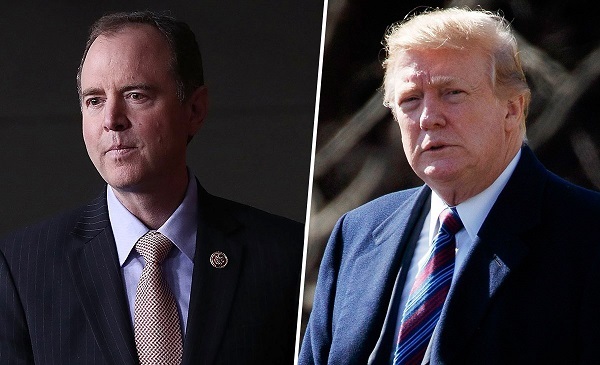 Rep. Adam Schiff (D-Calif.) said on Thursday that President Trump is “acting like an organized crime figure” over a possible pardon for his former national security adviser Michael Flynn.

Axios reported yesterday that the president has told close allies that he plans to pardon Flynn as part of a series of pardons he plans to issue in his remaining days in office. Fox News reporter Kevin Corke later confirmed the report.

“It just, frankly, reflects so ill on our democracy, on the United States,” Schiff said during an interview on CNN’s “New Day.” “Imagine what people around the world think when we have a president that’s acting like an organized crime figure.”

“But this is who Donald Trump is. It's who he was on the way into the presidency. It will be exactly who he is on his last days of the presidency,” he said.

Flynn, who pleaded guilty to lying to the FBI about his contacts with Russia’s former ambassador to the U.S. Sergey Kislyak, in 2017, has been involved in a protracted legal battle since the beginning of this year over whether the charges should be dropped due to prosecutorial misconduct.

A prosecutor tapped by Attorney General William Barr to review the charges recommended that they be dropped, but an appeals court sided with U.S. District Judge Emmet Sullivan’s decision not to drop the charges and order an outside legal expert to evaluate the case. That court also rejected Flynn’s request for Sullivan to recuse himself from the case over charges that he acted improperly.

Flynn had previously agreed to plead guilty to the charge of lying to FBI agents and cooperated with the now-shuttered special counsel investigation into the 2016 Trump campaign in an effort that saw his sentencing delayed for years, before withdrawing his plea agreement in early 2020.

A pardon of Flynn would potentially end the former adviser’s legal woes before an attorney general appointed by President-elect Joe Biden could be installed next year.

When asked about the president’s pardon power, Schiff said that Trump could pardon Flynn “assuming that it’s not on the basis of some illicit quid pro quo.” However, he said he did not think the president could pardon himself.

“There are other limitations on the pardon power, but it is very broad and subject to abuse as he has demonstrated,” he told CNN.