Saturday, 28 November 2020_Leader of the Islamic Revolution Ayatollah Seyyed Ali Khamenei has called on Iranian experts to preserve the scientific and technical legacy of nuclear scientist Mohsen Fakhrizadeh, and ordered the punishment of his assassins. 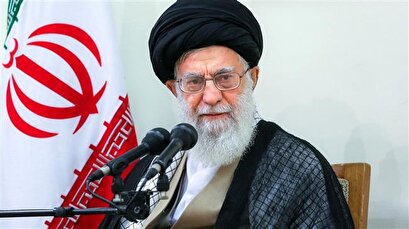 “One of our country’s eminent scientists in the nuclear and defense fields - Dr. Mohsen Fakhrizadeh -has been martyred by brutal mercenaries. With his great, enduring scientific efforts, he sacrificed his life on the path of God and the lofty status of martyrdom is his divine reward,” the Leader said in a message released on Saturday.

Ayatollah Khamenei added, “All relevant administrators must seriously place two crucial matters on their agendas: 1st to investigate this crime and firmly prosecute its perpetrators and its commanders, 2nd to continue the martyr’s scientific and technological efforts in all the sectors where he was active.”

“I offer my condolences for this loss and my congratulations on his martyrdom to his respected family, the scientific community of the country as well as his colleagues and students in various sectors, and I ask God to elevate his rank,” the Leader concluded.

Fakhrizadeh, who headed the Iranian Defense Ministry’s Organization of Defensive Innovation and Research (known by its acronym SPND), was targeted on Friday in a multi-pronged attack involving at least one explosion and small fire by a number of assailants in Absard city of Damavand County, Tehran Province.