Monday, 30 November 2020_A Palestinian human rights group has expressed serious concern over the condition of sick Palestinian inmates in Israeli jails, saying many of them are facing death due to their exposure to deliberate medical neglect. 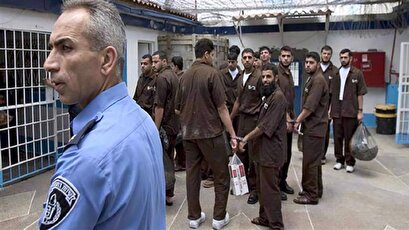 Riyad al-Ashqar, director of the Palestinian Center for Prisoners Studies (PCPS) warned in a statement on Sunday that scores of Palestinian prisoners with serious health conditions are likely to die in Israeli jails because prison services deny them medical aid.

He called on relevant authorities to provide adequate health care services to the sick Palestinian prisoners languishing in Israeli jails, whom he described as “living martyrs”.

Ashqar said there are more than 700 prisoners suffering from health problems, 150 of whom suffer from serious issues such as cancer, kidney failure, heart problems and muscle atrophy.

Many Palestinian prisoners who suffered serious illnesses have lost their lives either in Israeli jails or shortly after their release.

In September, 45-year-old Daoud Talaat Khatib died of heart attack at Ofer Prison and Detention Center near Ramallah. The deceased Palestinian suffered from bad health condition during his detention and in 2017 had a heart attack, but medical negligence by the Israel prison authorities contributed to the deterioration of his health until his death.