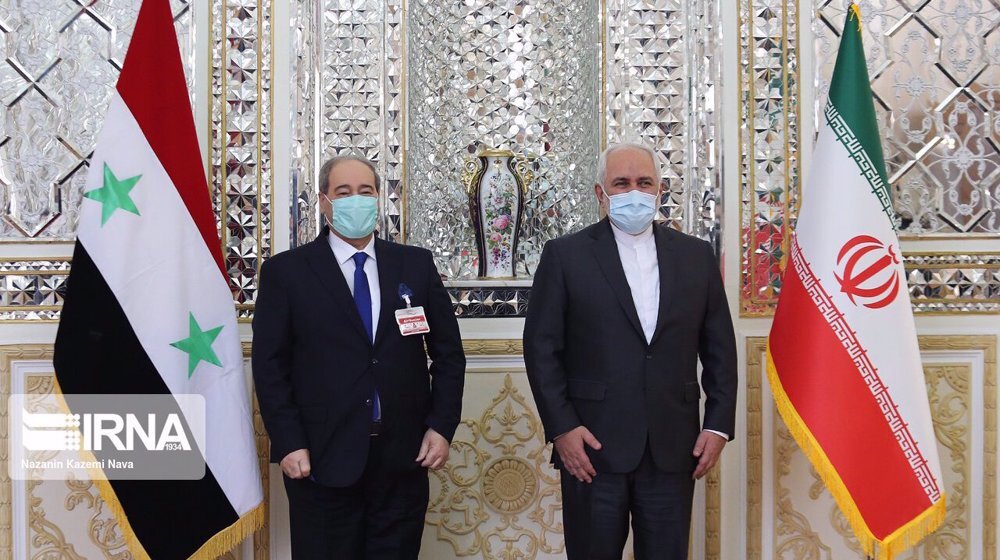 Zarif made the remarks in a Monday meeting with Syria's newly-appointed Foreign Minister Faisal al-Mekdad, who is in Tehran on his first foreign visit to hold talks with senior Iranian officials.

Zarif hailed the continuation of the political process in Syria and reaffirmed Iran’s support for the Astana peace process.

Iran, Russia, and Turkey have been leading a peace process for Syria known as the Astana process, because Kazakhstan’s capital, Nur-Sultan, formerly called Astana, originally hosted the meetings.

A first deal was signed in Kazakhstan’s capital, arranging for the creation of de-escalation zones across Syria, including in parts of Idlib. The second one that came about in the Russian resort city of Sochi allowed Ankara to bring in a small number of forces to man the observation posts to reinforce de-escalation.

While the two deals have helped significantly reduce fighting in Syria, the conflict has not entirely ended, due in large part to Turkish failure to separate terrorists from what it calls “moderate” opposition groups in Idlib and Ankara’s dispatch of thousands of troops and heavy military hardware into the Syrian province to back the militants.

Share to
Related News
Zarif: Iran won't negotiate with the West over the region
Tags
militants ، consultation ، Zarif
Your Comment