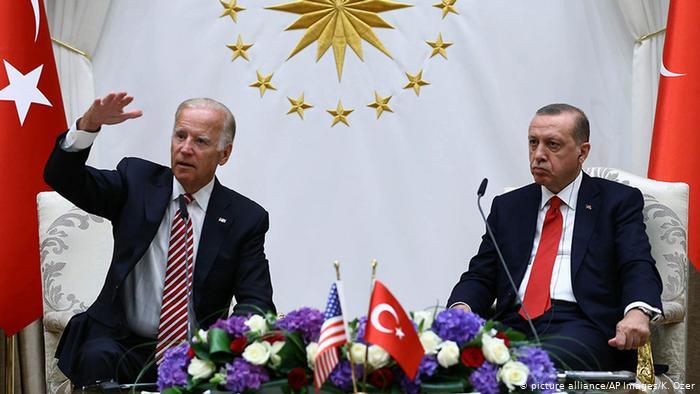 “I and Biden are not strangers to one another. I also know him very well from the [Barack] Obama administration. He is someone who even visited me at my home [back in 2011],” Erdoğan said on Dec. 9, before traveling to Azerbaijan.

Erdoğan said that he will talk with Biden after he takes office to address matters which the two sides disagree on. Bilateral ties have been hit by Turkey’s purchase of Russian S-400 missile defence systems, differences in policy on Syria and the detention of U.S. consulate employees and citizens in Turkey.

"Let Mr Biden take office. Once he assumes office, we will surely sit down and discuss certain things with Mr Biden. Just like we sat and talked in the United States or Turkey in the past, we will discuss these again," Erdoğan said.

"In diplomacy, a path is found to these issues by talking and meeting. (...) I believe we will manage this period very differently with the United States," Erdoğan said, playing down the prospect of sanctions.

Ankara's purchase last year of the S-400s from Moscow raised the prospect of U.S. sanctions early next year if Congress approves a defence spending bill including language requiring the president to sanction Turkey. The House of Representatives passed the bill on Dec. 8.

"We don't find the statements they (the U.S. administration) make and the actions they take regarding our arms procurements to be nice. We especially don't find their approach in northern Syria to be right," Erdoğan said.

Tensions between Biden and Ankara rose in August after the former's remarks on backing Turkish opposition.

Biden's comments to New York Times editors, where he advocated a new U.S. approach to "autocrat" Erdoğan and support for opposition parties, resurfaced in a video that made him the most popular topic on Twitter in Turkey on Aug. 15.

Biden says in the video recorded on Dec. 16 2019 - before he emerged as the Democratic candidate - that he is "very concerned" about Erdoğan's approach to Kurds in Turkey, his partial military cooperation with Russia, and access to U.S. airfields in the country.

His remarks drew ire at the time, with ruling Justice and Development Party (AKP) officials lining up to condemn Biden.