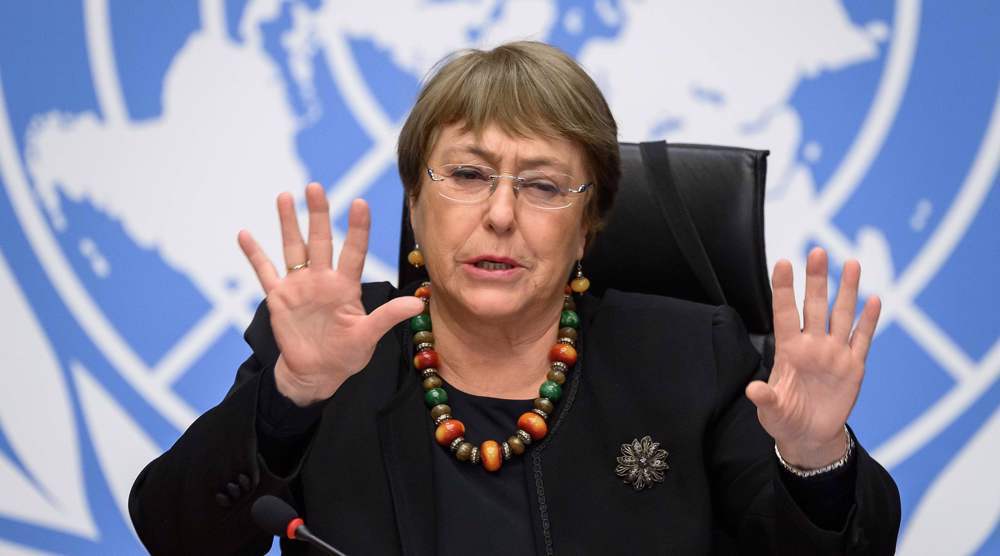 “The law has to be discussed by the French people,” Bachelet told a Geneva news conference on Wednesday. “But it’s the Article 24, the one we are really concerned about. And that’s why we are mentioning that should be reviewed and should be, I guess, withdrawn.”

Last month, the lower house of the French parliament passed legislation, known as the “Global Security Bill,” which sparked mass protests across France. Article 24 of the law would vaguely criminalize the publication of images of on-duty police officers with an “obvious intention to harm” them, making it an offense punishable by a year in prison and a 45,000-euro (54,000-dollar) fine.

The bill also increases the surveillance powers of the police, introducing high-tech measures such as drones and facial recognition cameras to monitor the people of the country.

The law has sparked protests in France. Rights groups and citizens say the bill in its current form would be used to target anyone who happens to record potential police misconduct.