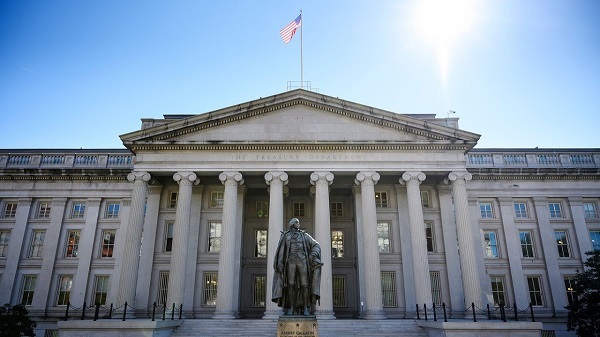 A 'sophisticated' hacking group 'backed by a foreign government' successfully breached the US Treasury Department and the National Telecommunications and Information Administration, the federal agency responsible for internet and telecommunications policy, stealing information from both, Reuters has reported, citing people said to be familiar with the matter.

Hacking tools similar to those used in the attack on the entities were also used to try to break into other government agencies, three people said to be briefed on the matter told the news agency. One source indicated that the hack was serious enough to warrant an emergency meeting of the National Security Council on Saturday.

"The United States government is aware of these reports and we are taking all necessary steps to identify and remedy any possible issues related to this situation," John Ullyot, a spokesman for the National Security Council, said when asked about the hack attacks.

The alleged attacks follow last week's announcement by FireEye, a major California-based cybersecurity company providing hardware, software and services to a range of corporate and government clients, that it had suffered a hack, with digital intruders said to have made off with its internal hacking tools.

"Recently, we were attacked by a highly sophisticated threat actor, one whose discipline, operational security, and techniques lead us to believe it was a state-sponsored attack," the company said in a statement on December 8.

The tools stolen from FireEye were said to mimic the behaviour of cyber threat actors, thereby providing customers with essential diagnostic security services.

FireEye did not identify the suspects in that hack.

It's not immediately clear whether the hacks on the Treasury and FireEye are connected in any way.

Share to
Related News
Putin to spy agency staff: Keep up the good work
Trump Says Hacking Attack on US Blown Out of Proportion
Ex-head of US election security calls Trump fraud allegations 'farcical'
US Senate Intelligence Committee blames America's enemies for divide in the nation
DHS draft assessment: White supremacy is 'most lethal threat' to the US
CIA conducted cyber attacks against Iran after secret Trump order in 2018: Report
Tags
US ، treasury minister ، cyber attack ، hacking
Your Comment