Sunday, 20 December 2020_Outgoing US President Donald Trump has downplayed the seriousness and impact of a massive cyber attack on the government’s military, intelligence and financial institutions as well as the alleged Russian role in it, instead pointing to China as the possible source. 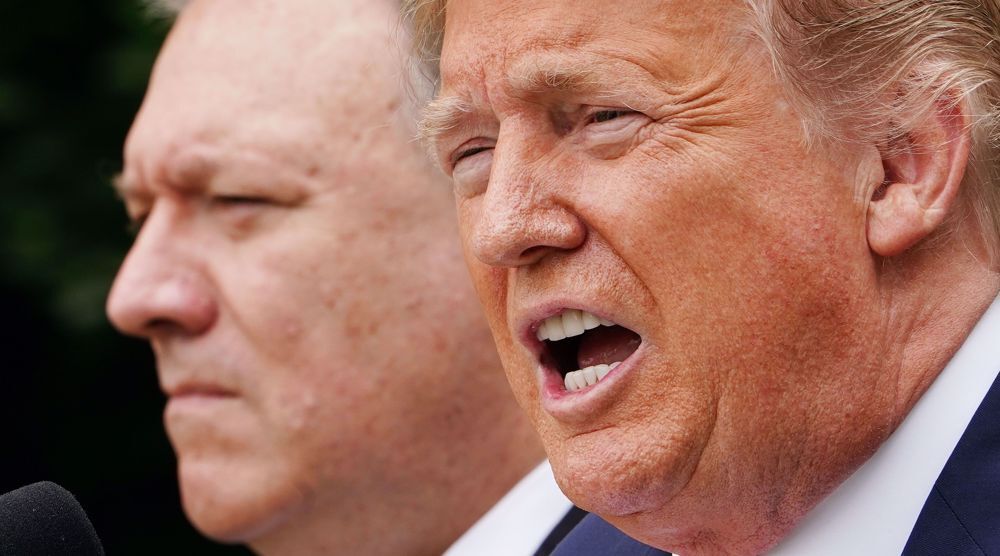 “The Cyber Hack is far greater in the Fake News Media than in actuality,” Trump declared in a Twitter post on Saturday in his first reaction to the extensive data breach, saying: “Russia, Russia, Russia is the priority chant when anything happens because Lamestream is, for mostly financial reasons, petrified of discussing the possibility that it may be China (it may!).”

Trump’s contention that Beijing may have been the source of the widespread cyber espionage -- affecting more than six federal agencies so far – contradict earlier remarks by his own Secretary of State and several US lawmakers briefed on the issue.

“We can say pretty clearly that it was the Russians that engaged in this activity,” top US diplomat Mike Pompeo proclaimed in an interview on Friday. Republican Senator Mitt Romney also compared the cyber attack to “Russia bombers… repeatedly flying undetected over our entire country” in a Twitter post on Thursday.

Moreover, the Democratic Chairman of the House Intelligence Committee Adam Schiff reacted in a Saturday tweet to Trump’s comments on the sophisticated hacking campaign, saying: “Another day, another scandalous betrayal of our national security by this president. Another dishonest tweet that sounds like it could have been written in the Kremlin.”

The Kremlin, however, has denied any involvement in the reportedly ongoing hacking spree.

Meanwhile, the US State Department and the Office of the Director of National Intelligence (ODNI) have not yet commented publicly about the source of the massive data breach, which exploited a piece of software developed by network management firm SolarWinds that is widely used throughout the public and private sectors.

The development came as the US government continues to reel from the massive cyber attack that has reportedly targeted major federal agencies, including the departments of the treasury, commerce and energy as well as the agency responsible for the US nuclear weapons arsenal.