Top US commander continues to see 'heightened risk' from Iran

Thursday, 24 December 2020_The head of US Central Command says there is a "heightened risk" of an Iranian threat to the US interests in the Middle East. 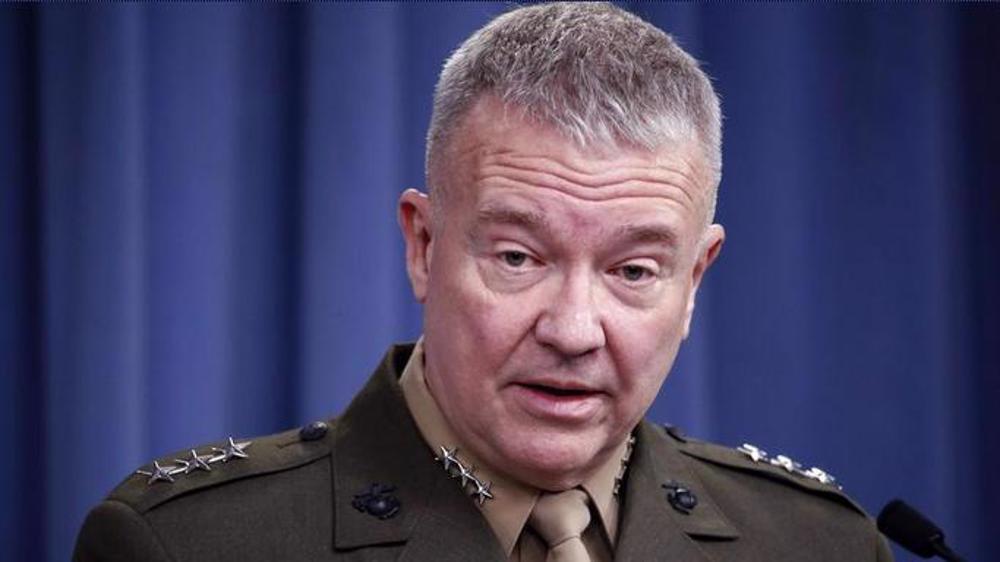 The top commander further reiterated that he still considers Iran and its proxies in the region as the greatest threat to US, but noted, "It is my belief that Iran doesn't want a war with the United States right now."

"And I know for a fact that the United States doesn't seek war with Iran," he added.'

Asked about the deployment of USS Georgia submarine to the Persian Gulf, he said, "there are a lot of reasons for bringing a submarine into the straight into," what he called "the Arabian Gulf."

The comments by McKenzie come after CENTCOM announced in a statement on Thursday that it has flown two B-52H bombers from Louisiana to the Middle East following the tensions over assassination of a prominent Iranian nuclear scientist, Mohsen Fakhrizadeh.

Fakhrizadeh was targeted in a terrorist attack in the city of Absard, Tehran Province’s Damavand County, on November 27.