Tuesday, 19 January 2021 (YJC) _ A political scientist and media pundit is charged with conspiring to act as an unregistered foreign agent for Iran. 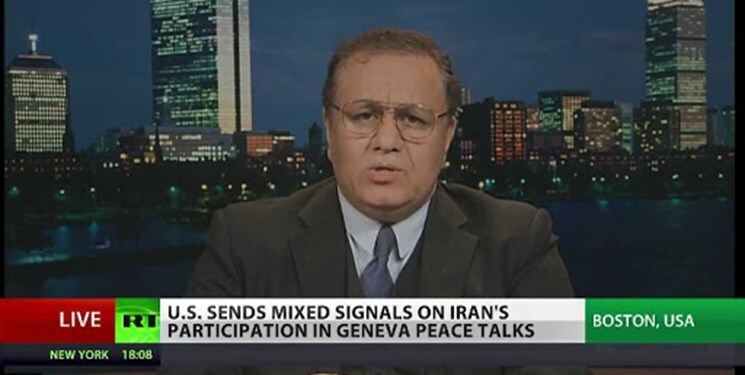 A political scientist and media pundit who has taught at Boston University and other U.S. schools was charged with conspiring to act as an unregistered foreign agent for Iran.

Kaveh Afrasiabi, a permanent U.S. resident who was born in Iran, was arrested Sunday and accused of a scheme that dated back to 2007, according to a criminal complaint unsealed in federal court in Brooklyn, New York, on Tuesday.

Federal prosecutors said Afrasiabi worked to influence U.S. public opinion on Iran’s behalf in news articles and during appearances with U.S. news media as an expert on Iran’s nuclear policy. For example, they said, he lobbied a U.S. congressman and the State Department to adopt policies favorable to Iran, counseled Iranian diplomats concerning U.S. foreign policy and made numerous television appearances to advocate for the Iranian government’s views of world events.

Afrasiabi, who the U.S. says was secretly employed by the Iranian mission to the United Nations, was arrested at his home in Watertown, Massachusetts, and is scheduled to make an initial appearance in federal court in Boston on Tuesday, according to the government.

A lawyer for Afrasiabi didn’t immediately respond to an email and voicemail seeking comment on the charges.