Wednesday, 20 January 2021 (YJC)_Referring to the situation in Washington on the eve of Biden's inauguration, the Iranian President said Trump is dead but JCPOA is alive. 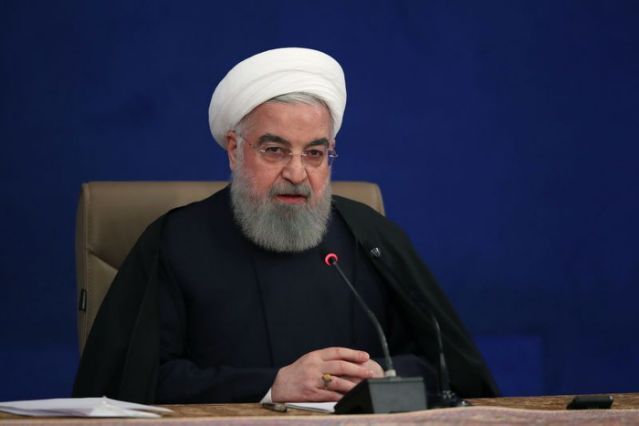 Stating that today is the end of the infelicitous rule of Donald Trump, the Iranian President, Hassan Rouhani said he is dead but JCPOA is alive.

Pinpointing the situation in Washington on the eve of Biden's inauguration, Rouhani said "You see, on Wednesday, the day of the inauguration of the new president, Washington DC has become a military camp with all these armed forces came to establish the security of this city. This is just one of the outcomes of Trump's clumsy work."

“It was two years ago that he decided to chair the security council and he did by calling Security Council leaders to condemn the JCPOA but all of them opposed him,” Rouhani added.

He, went on to highlight the fact that “Whenever he opposed Iran, the JCPOA or Resolution 2231, he was defeated.”

Elsewhere in his remarks, Rouhani said “We have never seen him explicitly admit to assassination of a major military commander in another country and then officially announce that I ordered the assassination. He is a stupid terrorist in history."

Rouhani then referred to the inauguration of Joe Biden and said today is the end of Trump’s political life while noting that “we expect those in power in the White House to return to the rule of law. Of course, if they return to the law, our answer will be positive.”