Tuesday, 26 January 2021 (YJC)_ Iranian Government Spokesman said the current window of opportunity for US and EU is not an everlasting one. 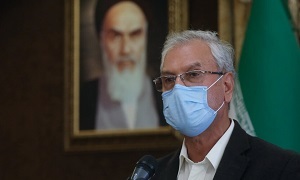 In his press conference on Tuesday, Iranian Government Spokesman, Ali Rabeie, said the current window of opportunity for US and EU is not an everlasting one.

“so far, we have not had any discussion with the new US administration and we are still awaiting them to clarify their decision in returning to KCPOA obligations and lifting their illegal sanctions” Rabeie said.

He went on to add that “currently we have no plane of negotiation with US and any progress depends on the practical steps taken by the new administration to return to its obligations under Resolution 2231."

Elsewhere in his remarks he said “US will not have time forever and the opportunity is very limited for both US and the European members of JCPOA.”

He, then, expressed his hope that before the issues become more complicated, the US government will take practical measures to build trust.

He, moreover, referred to the fact that the UAEA inspectors' access to Iranian nuclear sites is time-restricted and said “According to the timetable set by the parliamentary law, the first steps of restricting the inspectors related to the Additional Protocol will begin in the first week of March."

He also noted that the inspections related to the IAEA safeguards regime will remain regular.

Share to
Related News
There is no positive alternative to JCPOA: EU envoy to UN
Iran rejects renegotiation of JCPOA as ‘absolutely not acceptable’
JCPOA Not Renegotiable, Iranian Spokesman Reiterates
INSTEX failed to prove its efficiency in past 2 years: Iran
Iran Signs Contracts to Export Arms: Defense Minister
Tags
Iran ، JCPOA ، US ، european union
Your Comment