Friday, 26 February 2021 _A US military strike on facilities belonging to resistance fighters on the Syrian-Iraqi border, the first authorized by President Joe Biden since taking office, has sparked strong condemnation and outrage. 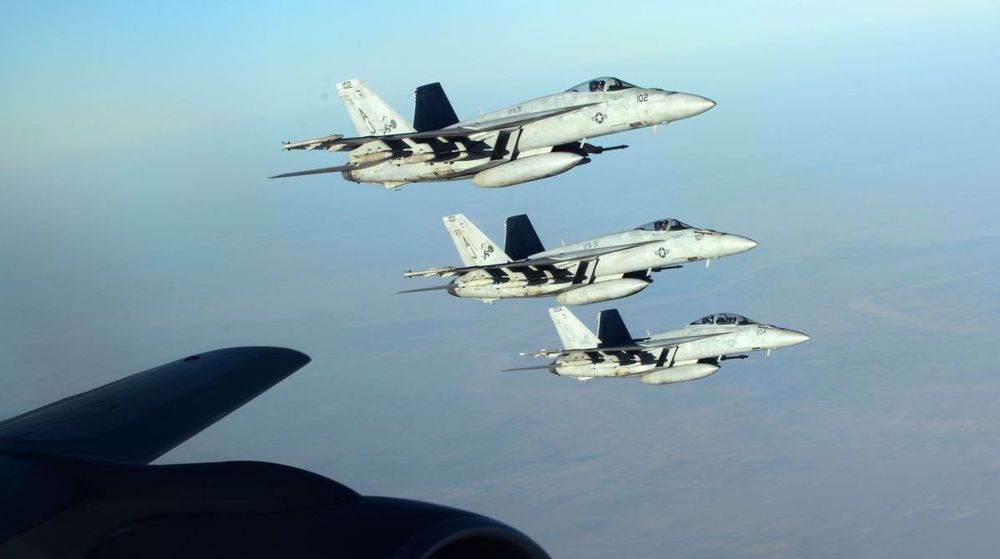 Russia termed the airstrike that came in the wee hours of Friday morning as “illegal” and “extremely dangerous”, which it said could “lead to escalation of situation” and “outbreak of a major conflict”.

In a statement, Vladimir Dzhabarov, deputy chairman of Russian parliament’s international affairs committee, said Syria possesses “modern weapons including S-300 installations”, warning the US to be “extremely careful with such action”.

Earlier, the Pentagon said the attack was carried out on Biden’s order, terming it a “defensive precision strike” in retaliation to recent rocket attacks on the US and coalition troops in Iraq.

However, that narrative appears to have few takers in cyberspace, as social media users strongly denounced the provocative act, suggesting that “the war machine is back”.

Actually, yes they do. I think you do not know how government works. https://t.co/METESg7Rpj

Journalist and podcast host Ben Norton slammed the Biden administration for what he termed the “US dirty war on Syria”, started by Biden’s former boss Obama and continued by the Republican Trump.

Biden is again bombing Syria, continuing the US dirty on Syria, a decade after Obama started it, and after Trump prolonged it as well.

3 US presidents over 10 years have waged war on Syria.

Pakistani novelist and commentator Fatima Bhutto, drawing parallels between Biden and Trump and their dangerous Middle East policy, said the “American power” is the kind of power “that bombs Syria in the middle of a pandemic”.

American power is American power. Trump or Biden, it's the absolute same thing: the kind of power that bombs Syria in the middle of a pandemic, that has money for war but not healthcarehttps://t.co/899s7eCLhb

Richard Medhurst, a British-Syrian journalist, said the US claim on the strike is the “same old lame excuse the Israelis use to bomb Syria on a weekly basis,” adding that the Iran-Syria cooperation should be “none of the US' business.”

"US carries out airstrike on Iranian-backed militia target": this is the same old lame excuse the Israelis use to bomb Syria on a weekly basis. They must be happy.

Syria and Iran are allies and cooperate on many issues incl. the military. That's frankly none of the US' business.