Tuesday, 23 March 2021 (YJC) _ Russia and China said they wanted a summit of permanent members of the U.N. Security Council lash out at West. 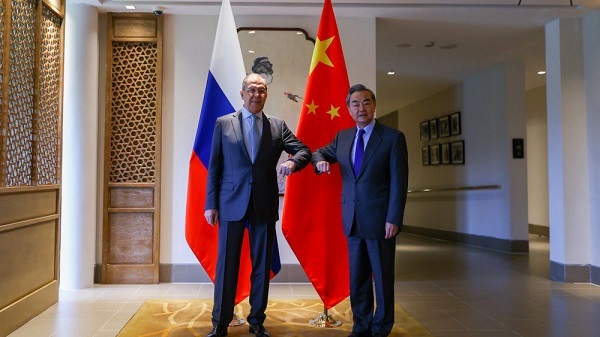 Russia and China said on Tuesday they wanted a summit of permanent members of the U.N. Security Council amid what they called heightened political turbulence, with Moscow saying they both believed the United States was acting in a destructive way.

The two allies, whose relations with the West are under increasing strain, made the call for a summit in a joint statement after talks between their foreign ministers in the city of Guilin.

“At a time of increasing global political turbulence, a summit of the permanent members of the U.N. Security Council is particularly necessary to establish direct dialogue about ways to resolve humankind’s common problems in the interests of maintaining global stability,” they said in a statement published on the Russian foreign ministry’s website.

Moscow has long been pushing for such a summit.

The statement did not mention the United States by name. But Russian Foreign Minister Sergei Lavrov told a news conference after talks with his Chinese counterpart Wang Yi that Moscow and Beijing were both unhappy with U.S. behaviour.

“We noted the destructive nature of U.S. intentions, relying on the military-political alliances of the Cold War era and creating new closed alliances in the same spirit, to undermine the U.N.-centered international legal architecture,” said Lavrov.