A senior Iranian oil official said that 12 Memoranda of Understanding (MoU) on oil fields have been so far signed with foreign companies, and 10-12 more would be signed soon. 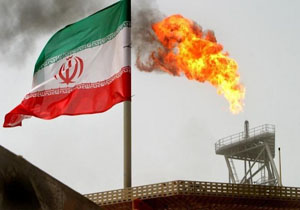 He also said that security of oil and gas investment in Iran is one of the necessities to which National Iranian Oil Company has always been faithful.

According to the Iranian oil official, investment in oil and gas up-stream is of high security.

"Now the expense of producing oil and gas in Iran is quite low comparing to many other countries and this issue has doubled motivation of international companies for investment in Iran’s oil and gas industry,” he noted.

According to the Iranian official, Kish International Petro Energy Exhibition is scheduled for January 9 to 12, and it is expected that representatives of Austria, Switzerland, Italy, France, Germany, China, the US, Spain, Russia, South Africa, Holland and Scotland are taking part in the event to put into test opportunity for investment in Iran oil industry.