Over 450 Ukrainian servicemen died in Donbass operation in 2016

The amount of combat casualties of Ukrainian servicemen in Donbass in 2016 amounted to 211, non-combat – to 256, according to official statement of the Ukrainian Armed Forces. 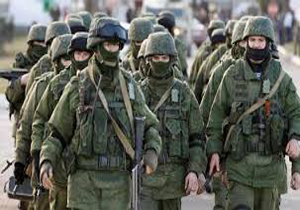 Over 450 Ukrainian servicemen died in a military operation in the country's eastern region of Donbass in 2016, the press service of the Ukrainian Armed Forces said on Monday.

"The amount of combat casualties in 2016 amounted to 211, non-combat – to 256," the press service said in a statement. According to the statement, this year the Ukrainian military forces lost in the hostilities 100 units of armaments and equipment and received 1,000 units of new or modernized military equipment.

The Donbass region has been a war zone since April 2014, when authorities in Kiev launched a military operation against pro-independence militias in eastern Ukraine's regions of Donetsk and Lugansk.

In February 2015, the two sides agreed to a ceasefire after talks brokered by the leaders of Russia, France, Germany and Ukraine – the so-called Normandy Format – in the Belarusian capital, Minsk.

The deal stipulates a full ceasefire, weapons withdrawal from the line of contact in eastern Ukraine, an all-for-all prisoner exchange and constitutional reforms, which would give a special status to the self-proclaimed Donetsk and Lugansk people’s republics. Both sides of the conflict, however, have been constantly accusing each other of violating the agreement.