The Constitutional Court of the South Korea will announce its final verdict on Friday, upon the validity of the parliament's impeachment of President Park Geun-hye, suspended due to the corruption scandal, media reported Wednesday, citing court spokesman Bae Bo-yoon. 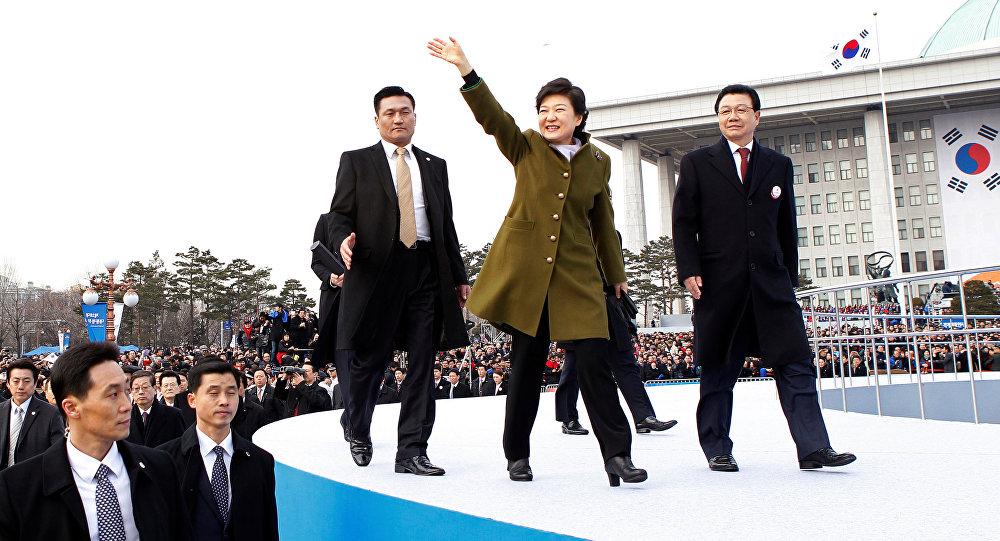 The ruling of the court will be announced at 11 a.m. local time on Friday [02:00 GMT] and will be broadcast live from the court, Bae said, according to the Yonhap news agency.
If the court approves the impeachment, Park will be ultimately removed from her post and the presidential elections will be held within 60 days. If the impeachment will be called off, Park will be reinstated as president.
The South Korean Constitutional Court, originally of nine justices, was reduced to eight judges after Chief Justice Park Han-chul retired in January. At least six of the constitutional court justices have to uphold the impeachment decision.
Political scandal around the South Korean president broke out in late October 2016, when media reported that Park had allowed Choi influencing the country's policy. The scandal resulted in Park's impeachment in December 2016 by the South Korean parliament, Sputnik reported.