TEHRAN, March 30, YJC - The Central District Court in Seoul held a hearing on Thursday to decide whether or not to approve the arrest warrant for South Korean ex-President Park Geun-hye over the corruption probe, and the decision may be taken later in the day or on Friday morning, local media reported. 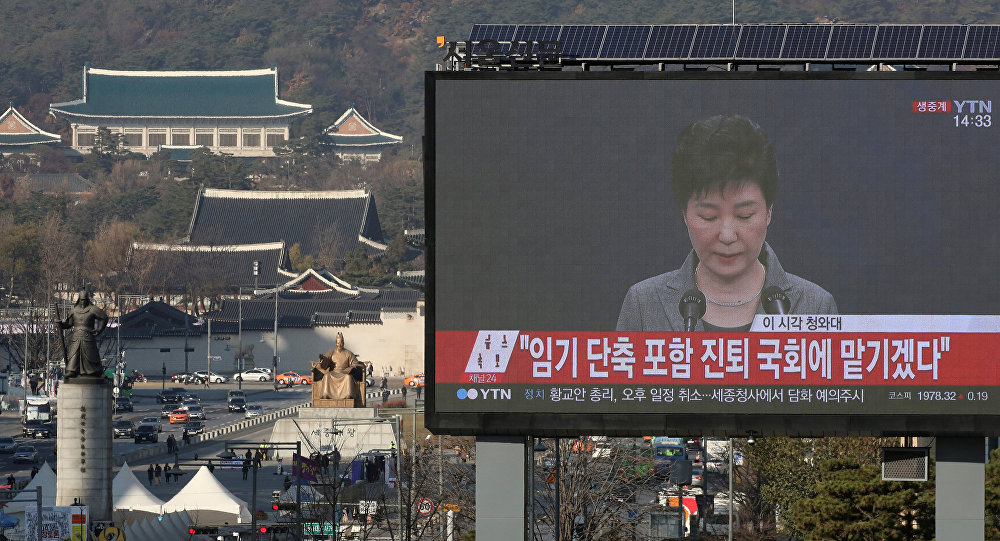 TEHRAN, Young Journalists Club (YJC) - According to the Yonhap news agency, Park appeared before the court at around 10:20 a.m. local time (01:20 GMT) and refused to give any comments to reporters, who gathered at the courthouse.
The police enhanced security measures near the courthouse amid rallies held by Park's supporters and opponents near the court and outside her private residence, the news outlet said.
The corruption scandal involving Park and her friend and close associate Choi Soon-sil erupted in October 2016, leading to Park’s impeachment in December.
Choi was allegedly meddling in state affairs without holding any official post, and helping to extort money from big corporations.
On Monday, media reported that South Korean prosecutors had requested an arrest warrant for Park as they suspect her of involvement in 13 different cases of bribery, coercion and abuse of power.
Park, in particular, has been charged with forcing major corporations, including Samsung, to donate to foundations controlled by Choi and taking bribes, as well as with forcing companies to sign contracts beneficial for Choi herself and her associates.
The ex-president was also accused of compiling a blacklist of cultural figures, who had been banned from state support, and pressing some Culture Ministry officials to resign over different reasons.
Earlier in March, Park denied all charges against her during the first questioning period.
On March 10, the Constitutional court upheld the parliament’s decision to impeach Park. An early presidential election in the country is scheduled to take place on May 9.