Tehran, YJC. Reformist Lawmaker has said that no coalition is predictable in the Reform Front if Khatami leaves the stage. 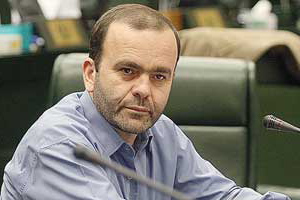 Answering a question whether the Reform Front will support Rohani in the absence of Khatami, he said "Mr. Rohani enjoys a good status among the Reformist. He can be a good choice for candidature, but once he takes part in the campaigns he will have a hard job to win rivals.”

He asserted "The Iranian will not vote for somebody based on his advocacy. They choose the person they have in mind.”