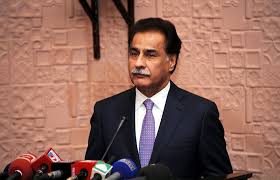 Earlier in January, Pakistani Ambassador to Iran Asif Khan Durrani voiced his satisfaction in the current trend of trade and diplomatic relations between Tehran and Islamabad.

"The relations between the two neighboring countries are progressing well," Durrani said.

He reiterated that Tehran and Islamabad have always stood by each other.

"We have a range of banking problems which are due to banks working with dollar; however, the problem is not restricted to Pakistan and the other countries face the same problem for banking transactions with Iran," Durrani added.

The ambassador expressed hope that the banking problem between Iran and Pakistan would be removed soon.