TEHRAN, May 9, YJC - Iranian Parliament Speaker Larijani said enemies are nowadays attacking pillars of the Islamic world with terrorists paving the path for arrogance and Zionists to conspire against Muslims. 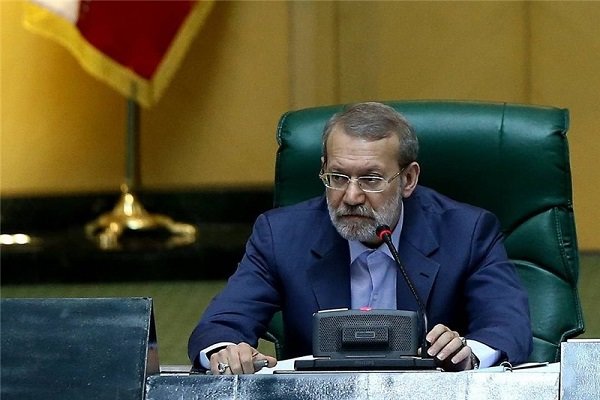 TEHRAN, Young Journalists Club (YJC) - Ali Larijani made the remarks while addressing the open session of the Parliament on Tuesday morning.

Deplorably, certain regional countries have been trapped in these conspiracies and have inspired disunity and discord inside the region, he added.

Commenting on certain remarks by Saudi officials, he said theirs statements, though being so absurd that are not worth being responded to, are indications of efforts made by arrogant powers in causing problems for the region in a bid to push deceitful countries towards further divisiveness.

Furthermore, some baseless remarks made by American officials on Iran’s nuclear program all certify deep insight of the Leader who has repeatedly said massive participation of people in elections will thwart plots hatched by enemies.

Iran, with assistance of a prudent Leader and a united nation, remains immune in the face of all conspiracies, stressed Larijani expressing hope that massive polls in the upcoming presidential elections will guarantee the country’s dignity and honor.

Parliament Speaker went on to refer to the bitter incident in Zemestanyurt mine and appreciated efforts of all national and provincial officials who provided workers with support and assistance.

He also called for investigating roots of unsafety in the north Iranian mine which posed threat to miners, "a report on the case will shed light on various dimensions of the explosion and offer security guidelines for mines and industries.”

Ali Larijani also required the Parliament Education and Research Committee to conduct serious supervision on UNESCO's Global Education Agenda 2030 in order to address concerns of the Leader who said the documents is not something the Islamic Republic would shoulder or abide by.

He also demanded shedding lights on why Parliament Education and Research Committee had not been informed on status of UNESCO's Global Education Agenda 2030.

Ali Larijani said touched upon issues recently raised that Minister of Education Fakhreddin Ahmadi Danesh Ashtiani is a member of board of directors of a private company.

Under the terms of Article 141 of Constitution, all government employees are prohibited from being CEOs of private firms, said the official urging Article 90 Commission to deal with the issue in partnership with the Judiciary as soon as possible.

Should there be a violation of the Constitution or relevant laws, the minister should be decided upon, underlined Larijani.