TEHRAN, May 19, YJC - Iranian parliament Speaker Ali Larijani said that high turnout in Iranian election would boost the country’s security in the region. 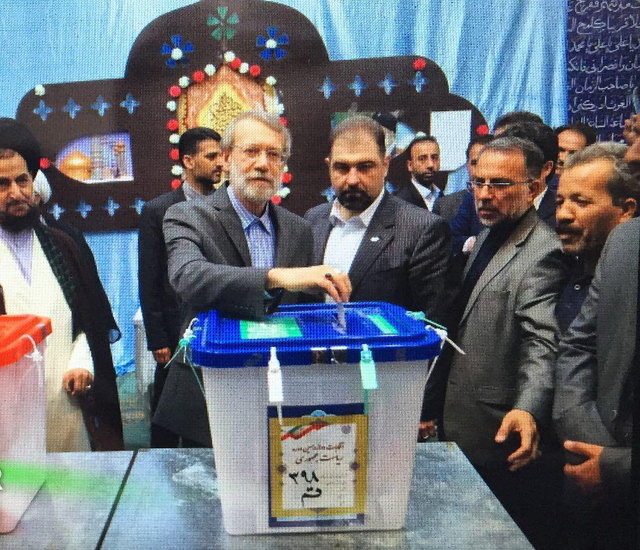 TEHRAN, Young Journalists Club (YJC) - "Large turnout in the election will improve security of the Islamic Republic of Iran in the region which is expected to have a good achievement for people,” he said on Friday as he cast his ballot in the election.
"Today, we are witnessing united presence of Iranian nation in the scene to decide about their fate. It is an important event since we are facing regional turmoils.”
Iranians are voting in a presidential contest which pits President Hassan Rouhani against a serious challenger, Seyyed Ebrahim Raeisi, in what is believed to be a close race.
Some 63,500 polling stations opened at 08:00 local time (0330 GMT) Friday for long lines which had already formed around the country where more than 56 million are eligible to vote.
Polls close at 18:00 (1330 GMT), but voting hours will most likely be extended as the country has seen in previous elections, amid expectations of a high turnout.
Besides picking a president, Iranians are also voting to choose members of the country’s City and Village Councils.