TEHRAN, June 6, YJC - Rebels with the Revolutionary Armed Forces of Colombia (FARC) have threatened to hold off their demobilization, accusing the government of “repeatedly breaking” the terms of their peace deal. 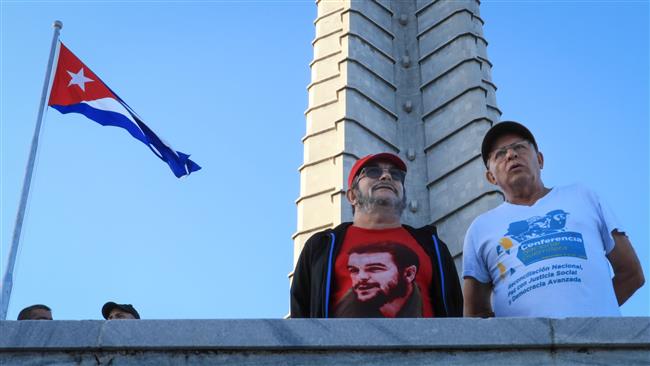 TEHRAN, Young Journalists Club (YJC) - "After the government’s repeated non-compliance with the Peace Agreement, the FARC is going to seek international monitoring,” rebel leader Rodrigo Londono Echeverri, aka Timoleon Jimenez or Timochenko, warned on Twitter on Sunday.
Earlier, Timochenko had said that he was considering postponing demobilization.
It is not yet clear what the FARC rebel leader exactly meant by seeking international monitoring as the peace agreement is already being overseen by United Nations representatives.
This is while President Juan Manuel Santos had said earlier that the government would stick to the plan and go ahead with the peace process based on the timetable.
"That is our commitment and we will fulfill it,” said Santos, adding that the peace process is "irreversible.”
The peace deal aims to end Latin America’s longest-running conflict, which began in 1964 and has dragged on ever since, between the Colombian government and FARC, the country’s biggest rebel group FARC.
The two conflicting sides signed a peace deal in August 2016 after four years of negotiations in the Cuban capital, Havana, Presstv reported.
Colombians, however, rejected the peace deal in a referendum, forcing President Santos and FARC leaders to ink a new version of the peace accord, which was sent to Congress for ratification later that year instead of holding a second plebiscite.
Under the terms of the agreement, the rebels were due to have surrendered their weapons to international overseers by the May 30 deadline in a 180-day process, but the group said the process may take another two months.
The deal turns the guerrilla group into a Marxist political party after demobilization, while the government would make a raft of reforms meant to eliminate rural inequality and political exclusion, which are viewed as the root causes of the half-century conflict.
The conflict in Colombia dates back to 1967, when FARC as well as the ELN, another rebel group, took up arms for rural land rights.
The government says the conflict has left at least 260,000 fatalities and forced more than seven million people to leave their homes.