Iranian climber dies in Kyrgyzstan while on Lenin Peak expedition

TEHRAN, August 4, YJC - One of the Islamic Republic of Iran’s most adventurous climbers, Alireza Boroujerdi Karimi, has succumbed to altitude sickness during a climb on Lenin Peak, or Ibn Sina (Avicenna) Peak, on the border between Kyrgyzstan and Tajikistan. 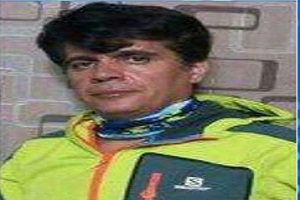 TEHRAN, Young Journalists Club (YJC) - Boroujerdi Karimi, who was a member of the five-strong Varamin mountaineering team, suffered the condition due to a lack of supplementary oxygen, and eventually lost his life, the Islamic Republic of Iran Mountaineering & Sport Climbing Federation reported.

His teammates and Russian mountain guides could recover his body after a while. The corpse has reportedly been transported to the Kyrgyz capital city of Bishkek to be flown back to Tehran.