TEHRAN, August 13 YJC - Saudi Arabia, which along with its allies has imposed a blockade on Qatar over its alleged support for terrorism, had sought to host a liaison office for the Afghan Taliban militant group before the 2013 establishment of the center in Doha, informed sources say. 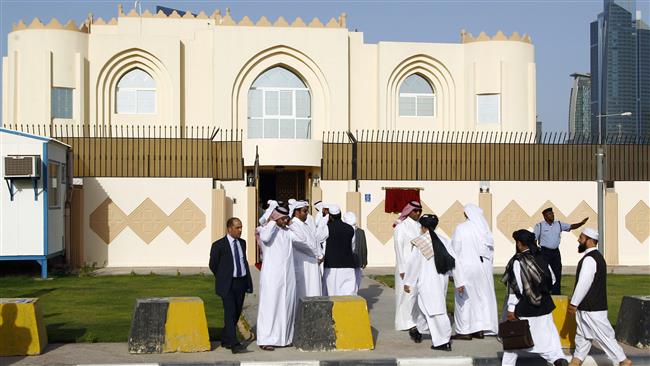 “If Qatar is hosting the Taliban for talks aimed at reconciling the warring factions in Afghanistan, this initiative was established in Saudi Arabia before,” he said.

“There were also some rounds in the Emirates. So if Qatar is accused of hosting terrorists, someone hosted the same ‘terrorists’ before this,” he added.

The Taliban set up their so-called political office in Doha in June 2013, but the militant group closed the center less than a month later.

Another informed source, whose name was not mentioned in the report, confirmed Anas’ remarks, saying that the Taliban’s Doha office opened after Saudi Arabia failed to establish an effective mechanism for liaison and communication with the militant outfit.

The US and Britain turned to Qatar to liaise with the Taliban because of the failure of the Riyadh regime, the source pointed out.

Additionally, Al Jazeera journalist Hashmat Moslih said that the Taliban chose Qatar to host their office as a "neutral" country to the war on Afghanistan.

"Although Saudi Arabia wanted to host the Taliban, the Afghan government would have objected because of the Saudis' close ties with the Taliban,” he noted.

On July 31, The New York Times published leaked emails from UAE Ambassador to Washington Yousef al-Otaiba, which revealed that the Persian Gulf country had also sought to host the Taliban office.