US imposes sanctions on Chinese, Russian entities over North Korea

TEHRAN, August 22 - The US Treasury Department unveiled a fresh round of sanctions over North Korea’s nuclear program, this time targeting new Chinese and Russian entities. 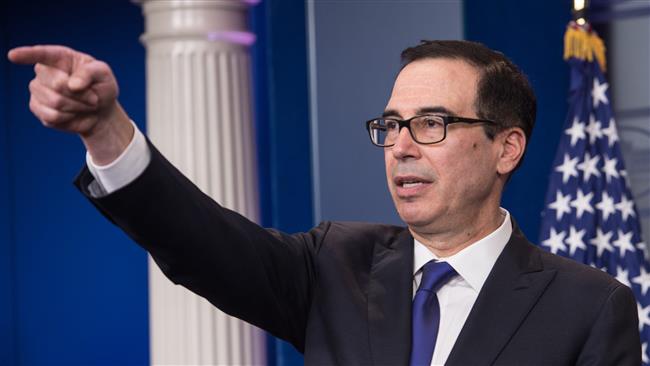 TEHRAN, Young Journalists Club (YJC) - The Treasury said on Tuesday that the 10 companies and six individuals targeted in the sanctions had been involved in business with North Korea that allowed the country to advance its nuclear and missile programs.

It said the sanctions were meant to disrupt the economic ties that enable North Korea to expand its weapons program despite recurrent rounds of resolution banning the activity.

Most of the sanctions were aimed at companies in China. Beijing has generally endorsed international pressure led by Washington on Pyongyang and has literally introduced restrictions on transactions with its neighbor. However, Chinese companies still remain a vital lifeline for the North Korean government when it comes to business with the isolated nation. The economic interaction has mostly been conducted through the purchase of North Korea’s coal, oil and mineral resources or the provision of banking services to Pyongyang.

The sanctions, however, could draw fierce criticism from China as some of them have even blacklisted Chinese individuals that have coordinated the recruitment of North Korean nationals oversees simply for works such as building statutes. The Treasury said those activities also helped North Korea finance its weapons program through remittance sent home by laborers.

Tensions on the Korean Peninsula heightened last month when Washington engineered tougher sanctions in the United Nations Security Council over the North’s testing of two intercontinental ballistic missiles. US President Donald Trump, who made some harsh rhetoric against Pyongyang and threatened it with large-scale military action, also criticized China for not doing enough to contain the North. China responded by saying that Washington should lower its expectations about China’s influence on Pyongyang.

The Treasury said on Tuesday that anyone supporting North Korea would be excluded from doing business in the United States, Presstv reported.

“Treasury will continue to increase pressure on North Korea by targeting those who support the advancement of nuclear and ballistic missile programs, and isolating them from the American financial system,” said Treasury Secretary Steven Mnuchin, adding, “It is unacceptable for individuals and companies in China, Russia, and elsewhere to enable North Korea to generate income used to develop weapons of mass destruction and destabilize the region.”