Goldman jokes, takes 'bites' out of pizza to attract borrowers

TEHRAN, November 2-Goldman Sachs Group Inc hosted an event at a New York comedy club on Wednesday night to create some buzz for its new lending platform by poking fun at hidden fees that have frustrated and outraged consumers. 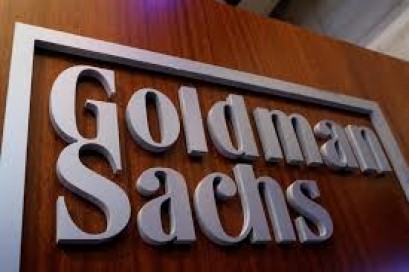 TEHRAN, Young Journalists Club (YJC) -Goldman Sachs Group Inc hosted an event at a New York comedy club on Wednesday night to create some buzz for its new lending platform by poking fun at hidden fees that have frustrated and outraged consumers.

The Wall Street bank is trying to court Main Street borrowers saddled with credit card debt through its recently launched personal loan platform Marcus, which it says charges borrowers principal and interest, but not fees.

The comedians performed a set around personal finance and debt, with one sketch centered on a support group for consumers who had fallen into debt in extreme ways, like buying an $8,000 cat. Another involved a landlord listing absurd fees that a renter owed for an apartment, including one for a closet and yet another for a refrigerator.

“A lot of Americans struggle with debt ... people don’t feel comfortable about it, so humor is a way for people to spark a conversation,” said Dustin Cohn, who oversees Marcus’s branding. “We’re trying to help destigmatize debt.”

Marcus is one way that Goldman Sachs is trying to reinvent itself after a long period of declining income from bond trading, which was once a big money maker for the firm.

But consumer lending is an untested area for Goldman — which has historically catered to large institutions and billionaires — and one that has raised questions from analysts as consumer credit begins to show signs of stress.

Marcus offers loans from $3,500 to $30,000 and targets credit card borrowers who can benefit from consolidating debt into a single loan with a lower interest rate. The bank’s marketing strategy seizes on a frustration so common among consumers that several financial reforms imposed after the 2007-2009 financial crisis were focused on lessening fees and making them more transparent.

All of the foods served at its event had small “bites” taken out of them — part of a broader advertising campaign that portrays rival lenders as taking a chunk out of consumers’ pockets. In a related YouTube video, a pizzeria employee takes a bite out of every slice he serves, much to the horror of customers.