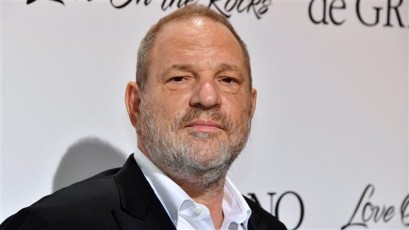 The New Yorker magazine said in the report published on Tuesday that Weinstein had hired investigators from Black Cube, which is run by former Israeli intelligence officers of Mossad, and Kroll, one of the biggest global corporate-intelligence firms, to collect information about the personal lives and sexual histories of dozens of actresses and journalists who were in a position to expose him.

Invoices revealed that Weinstein also agreed to pay 600,000 dollars for information that would stop the press publishing allegations of rape, abuse or harassment against him.

According to the investigation, Black Cube, which describes itself as “a select group of veterans from the Israeli elite intelligence,” repeatedly dug up dirt on actress Rose McGowan, who first publicly accused the Hollywood mogul of rape at a 1997 film festival.

The report claimed that one of the investigators secretly recorded at least four meetings with McGowan while pretending to be a women’s rights activist, citing dozens of pages of documents and seven people directly involved in Weinstein’s case.

That same investigator had also contacted at least two other of the 65-year-old’s accusers over rape allegations.

Reports said Weinstein carried out much of his investigations with his secret intelligence agencies through his lawyers so they would be protected by attorney-client privilege.

The Hollywood mogul had already been fired by the movie and television studio he co-founded with his brother, The Weinstein Company.

The 65-year-old film producer, who was born in New York City to a Jewish family, has denied the rape allegations, while acknowledging that his behavior “caused a lot of pain.”

Although largely symbolic, the expulsion of Weinstein from the approximately 8,400-member academy is stunning because the organization is not known to have taken such action before.

The ouster was unprecedented since the academy was founded 90 years ago, turning one of the biggest Oscar players in history into a Hollywood pariah.

More than 40 women and actresses have so far accused Weinstein of sexually assaulting and raping them, including Angelina Jolie and Kate Beckinsale.