TEHRAN, November 17 - Lebanese Foreign Minister Gebran Bassil said the crisis over the resignation of Prime Minister Saad al-Hariri is part of an "attempt to create chaos in the region." 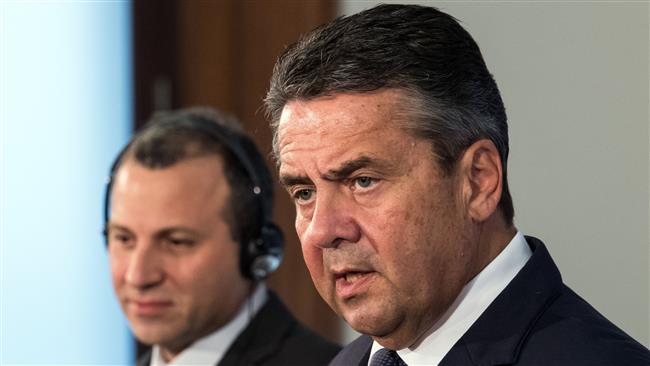 TEHRAN, Young Journalists Club (YJC) - Speaking in Moscow on Friday, Bassil said Lebanon has the "full powers" to respond to the crisis, but hoped this would not be necessary.

"We will respond and we have the full powers to do that, but we hope it doesn't come to that," he said.

Lebanese President Michel Aoun has said that Hariri, who resigned as prime minister on Nov. 4, is being detained in Saudi Arabia against his will - despite the premier's reassurances he would return home soon.

On Friday, a senior Hariri aide was quoted as saying that Hariri will see France's president on Saturday in Paris and the meeting will help resolve the Lebanese crisis and boost stability.

Bassil has been touring European capitals to lobby for Hariri’s return. On Thursday, he warned that Lebanon should not be treated as a plaything by any country.

“Lebanon is not a toy in others’ hands,” the Lebanese foreign minister said at a joint press conference with his German counterpart Sigmar Gabriel in Berlin.

Gabriel said he shared concerns about the threat of instability and bloodshed in Lebanon and, without mentioning Saudi Arabia directly, warned against the “adventurism” behind the Lebanon crisis and the “human tragedy in Yemen.”

“We expect that Prime Minister Hariri can come back to Beirut,” he added.

Saudi Arabia has been bombing Yemen since 2015 to restore its Riyadh-allied government, killing many thousands in the process.

Bassil, for his part, said, the “Hariri issue is actually a matter of Lebanon’s sovereignty,” and called on Arab countries to “not interfere with Lebanon’s internal matters.”

The Lebanese foreign minister also said further turmoil in his country, which is already hosting thousands of refugees fleeing violence in neighboring Syria, would create a new influx of asylum seekers to Europe.

Bassil also visited Turkey on Thursday and is to travel to Russia on Friday, where he is about to meet with Russia’s top diplomat, Sergei Lavrov.

“We support Lebanon’s unity, integrity and stability, and we oppose any development that would risk Lebanon’s stability,” he said.

“Lebanon does not need any other problems. On the contrary, we need to contribute to the solution of the existing problems.”