TEHRAN, November 22 - Leader of the Islamic Revolution Ayatollah Seyyed Ali Khamenei says the victory over the Daesh terrorist group in Iraq and Syria is tantamount to the defeat of plots to sow division and wage a civil war in the Middle East. 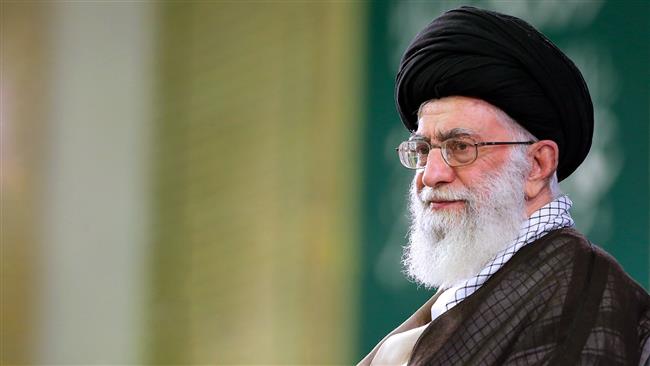 TEHRAN, Young Journalists Club (YJC) - Ayatollah Khamenei made the remarks in reply to an earlier letter of Major General Qassem Soleimani, the commander of the Quds Force of Iran’s Islamic Revolution Guards Corps (IRGC), who congratulated the Leader on the collapse of the Daesh terrorist group in Iraq and Syria.

“By disintegrating this cancerous and deadly tumor, you not only provided great service to regional countries and the Muslim world, but also all nations and the humanity,” the Leader stated.

Ayatollah Khamenei hailed great efforts by the IRGC forces to eradicate the Daesh terrorist group in Syria and Iraq.

The Leader said the victory over Daesh Takfiris was a heavy blow to treacherous plots aimed at inciting a civil war in the region, destroying the anti-Israeli resistance front and undermining independent countries.

It also dealt a blow to the current and former US governments and their vassal regimes in the region who created the terrorist group and provided it with full support to expand their dominance in the Middle East and help the occupying Zionist regime dominate the region, Ayatollah Khamenei added.

However, the Leader warned that the enemy’s deceit should not be overlooked and said those who made huge investment to create the Daesh terrorist group would try to re-hatch their evil plots in another part of the region or in other forms.

In his congratulatory message to the Leader on Tuesday, General Soleimani hailed the “great victory” over Daesh which he said materialized thanks to the prudent leadership of Ayatollah Khamenei and the sacrifices of all resistance fighters in Iraq and Syria.

Soleimani praised the steadfastness of the Iraqi and Syrian nations, governments, armies and popular forces throughout the counter-terrorism battles, paying special homage to the endeavors and struggles of Iraq’s Popular Mobilization Units, better known as Hashd al-Sha’abi, in the offensive to annihilate Daesh.