Sunday, 18 October 2020 (YJC) _Five people were injured in an explosion in Virginia. 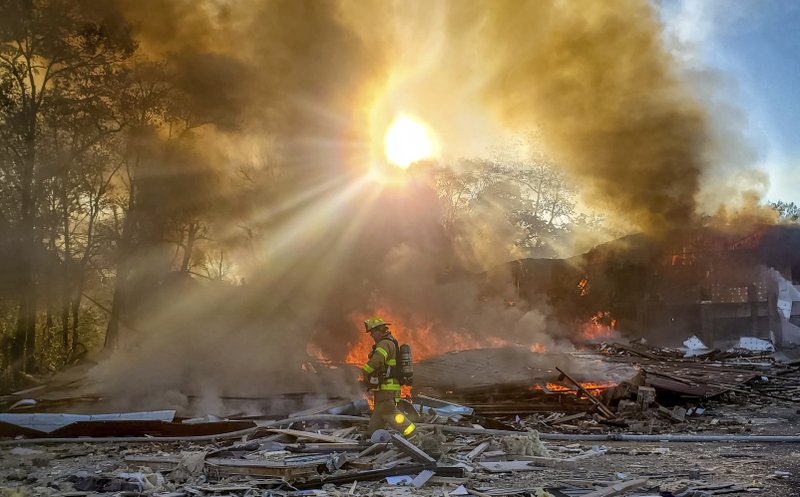 Five people, including three James Madison University students, were injured in an explosion at a strip mall in Harrisonburg, Va., Saturday morning, according to city officials.

Parks told CNN that a three-alarm fire spread to at least two other commercial buildings in the city, which is located about 54 miles northwest of Charlottesville.

Videos of the fire were quickly posted on Twitter, with local resident Josh Edmonds telling CNN over Twitter that even as he was working miles away, his “entire building shook and some of my coworkers were jolted in their cars when the explosion happened.”

Virginia Gov. Ralph Northam (D) tweeted later in the morning that the incident was a “gas explosion” and that he had deployed state emergency personnel to assist firefighters and first responders as they worked to contain the blaze.

Two people were found injured and flown by helicopter to University of Virginia Medical Center, with the Post reporting that they were in stable condition Saturday afternoon.

Parks and James Madison University officials confirmed to the Post that three college students who had been near the strip mall for an event also had minor injuries after being hit by debris from the explosion.

One of the students reportedly received treatment at a hospital, while the other two were treated and released at the scene.

Parks told the Post Saturday afternoon that firefighters had not found evidence that anyone else was in the building at the time of the explosion.