Sunday, 25 October 2020_An Illinois officer has been fired after opening fire on an unarmed Black couple, killing the man and injuring the woman. 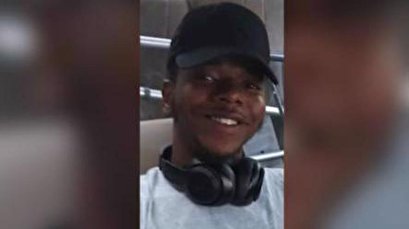 The shooting happened on Tuesday evening when 19-year old Marcellis Stinnette and 20-year-old Tafara Williams were inside their car in Waukegan.

According to Stinnette’s family, the man died at the scene, but police said he died at the hospital.

Williams, who was shot in the stomach and hand, remains hospitalized.

According to authorities, the incident started after police received a report of a suspicious vehicle near Liberty and Oak just before midnight, while families maintained the couple was simply sitting inside their car outside her mother's home.

Police also said the car drove off when an officer went to investigate. However, moments later, another officer, who spotted the car somewhere else, approached on foot, but the car reversed and the officer fired his pistol out of "fear for his safety."

"The police officer got out of the car. When he told them to stop, he told her to stop, she was scared. She put up her hands, she started yelling, 'Why you got a gun?' She started screaming. He just started shooting," said Darrell Mosier, witness.

Meanwhile, Johnson said Williams handed over her license and listened to the officer's directions.

Men, women and children marched through the city to demand justice for Williams and Stinnette, walking with fists raised and chanting "Black lives matter."