Sunday, 29 November 2020_The head of Iran’s Strategic Council on Foreign Relations says the Islamic Republic will give a calculated response to the recent assassination of senior nuclear scientist, Mohsen Fakhrizadeh. 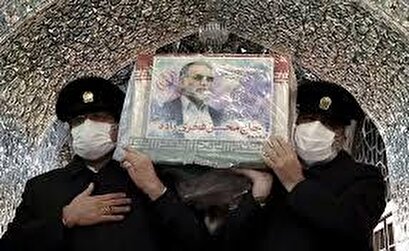 Issuing a message on Sunday, Kamal Kharrazi, who is also a former Iranian foreign minister, condemned the assassination, noting that the Iranian scientist lost no opportunity to achieve his scientific objectives with the final goal of ensuring the security of his country.

“There is no doubt that the Islamic Republic of Iran will give a calculated and categorical response to those criminals who took Fakhrizadeh from the Iranian nation,” Kharrazi said, after expressing condolences to Fakhrizadeh's family, his colleagues and the entire Iranian nation.

Fakhrizadeh, the head the Iranian Defense Ministry’s Organization of Defensive Innovation and Research, was targeted in a multi-pronged terrorist attack by a number of assailants in Absard city of Tehran Province’s Damavand County on Friday.

Following his assassination, Leader of the Islamic Revolution Ayatollah Seyyed Ali Khamenei called on Iranian experts to preserve the scientific and technical legacy of the nuclear scientist.

“One of our country’s eminent scientists in the nuclear and defense fields - Dr. Mohsen Fakhrizadeh -has been martyred by brutal mercenaries. With his great, enduring scientific efforts, he sacrificed his life on the path of God and the lofty status of martyrdom is his divine reward,” the Leader said in a message released on Saturday.

The chief commander of the Islamic Revolution Guards Corps (IRGC) also warned that “a severe revenge and punishment” has been put on Iran’s agenda in response to the assassination of a high-profile nuclear scientist.