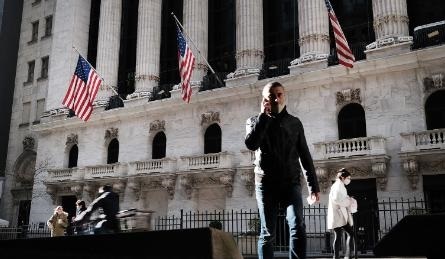 Another 712,000 Americans filed for unemployment benefits last week on a seasonally adjusted basis, according to the Labor Department, as the job market recovery continues to slow.

That was a bit lower in the previous week, which was revised higher.

Meanwhile, 288,701 workers filed for benefits under the Pandemic Unemployment Assistance program, which provides aid for workers like the self-employed and contractors. This number is not adjusted for seasonality.

Added together, 1 million Americans filed initial benefit claims on an unadjusted basis last week. Although that's a new low for combined first-time claims since the crisis started, the number is still higher than the peak of weekly jobless claims during the Great Recession, when they peaked at 665,000.

Continued jobless claims stood at 5.5 million, down from 6.1 million in the week before.

Meanwhile, the number of people who have exhausted their state benefits and receive aid from alternative programs, like the Pandemic Emergency Unemployment Compensation program, has risen once again, climbing by some 60,000 to 4.6 million in the week ended November 14.

In total, 20.2 million Americans received benefits under the various government programs in that week. That's down about 350,000 from the prior week.