CENTCOM chief reveals US fear of Iran's reprisal for assassination of Gen. Soleimani

Monday, 21 December 2020 _The commander of the United States’ terrorist forces in West Asia signals Washington’s fear of Iran's reprisal on the anniversary of the assassination of Lieutenant General Qassem Soleimani, the Islamic Republic’s top anti-terror military official, in a US drone strike. 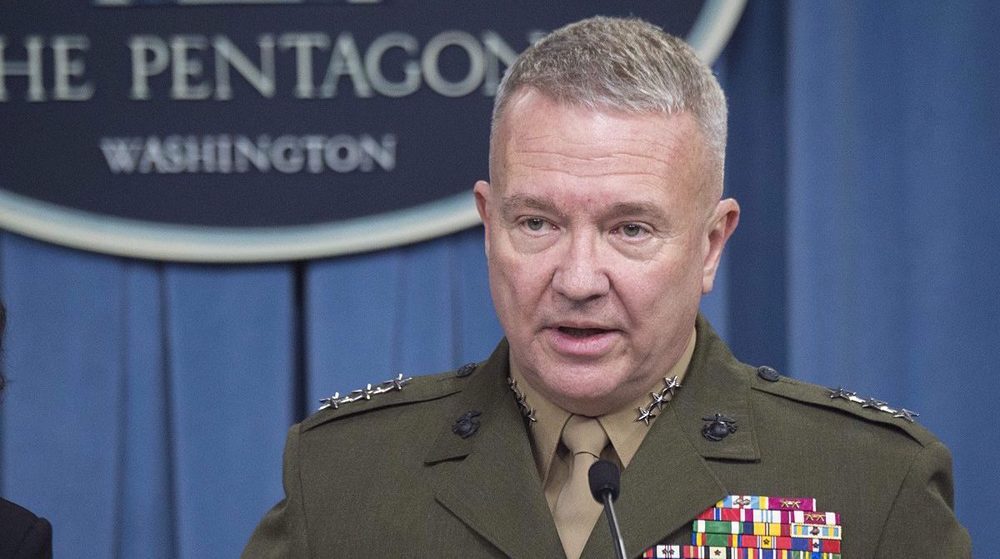 "We are prepared to defend ourselves, our friends, and partners in the region, and we're prepared to react if necessary," said General Kenneth McKenzie, head of the US Central Command (CENTCOM) that has been designated by the Islamic Republic as a terrorist entity.

"My assessment is we are in a very good position and we'll be prepared for anything the Iranians or their proxies acting for them might choose to do," he noted, addressing a small group of journalists during a tour of the region on Sunday.

The exact whereabouts, from which McKenzie made the remarks, was not disclosed.

His tour was also not announced in advance. Similarly, visits last week by General Mark Milley, chairman of the US Joint Chiefs of Staff, to a whole host of regional countries were kept secret until he had left the region.

France's AFP news agency described the secrecy surrounding the regional stopovers by the military top brass as “an apparent sign of US military leaders' concerns about Iranian intentions” in the run-up to the January 3 anniversary of the assassination.

The US terrorist act came when General Soleimani, the commander of the Quds Force of Iran’s Islamic Revolution Guards Corps (IRGC), was on an official visit to the Iraqi capital Baghdad.

Abu Mahdi al-Muhandis, deputy commander of Iraq’s Popular Mobilization Units (PMU) or Hashd al-Sha’abi, was also killed along with their companions when their convoy was targeted by a US drone at Baghdad airport.

Both the commanders enjoyed deep reverence among Muslim nations, throughout the Middle East and beyond, over their endeavors in eliminating the US-sponsored Daesh terrorist group in the region, particularly in Iraq and Syria.

Leader of the Islamic Revolution Ayatollah Seyyed Ali Khamenei warned soon after the atrocity about a pending “harsh revenge.”