Friday, 22 January 2021 (YJC)_ The Israeli army claims that it had downed a Lebanese drone. 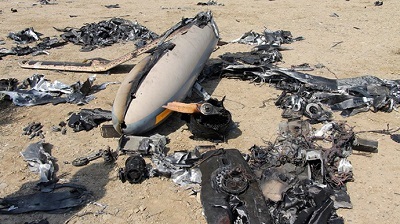 The Israeli army claimed on Friday that it had downed a drone that had crossed the border from Lebanon.

"The drone was monitored by the Israel Defense Forces throughout the incident," the military said in a statement.

Lebanon and Israel have tense bilateral relations, with the latter repeatedly crossing the neighbouring country's air, sea and land borders and using the Lebanese airspace to launch strikes at Syria aimed at alleged targets of the Beirut-based Hezbollah movement.

In addition, the two countries have rivalling claims over territorial waters and exclusive economic zones.

Over the course of October 2020, the parties held three negotiating sessions at the headquarters of the UN Interim Forces in Lebanon in the southernmost town of Naqoura in an attempt to solve the maritime border issue.