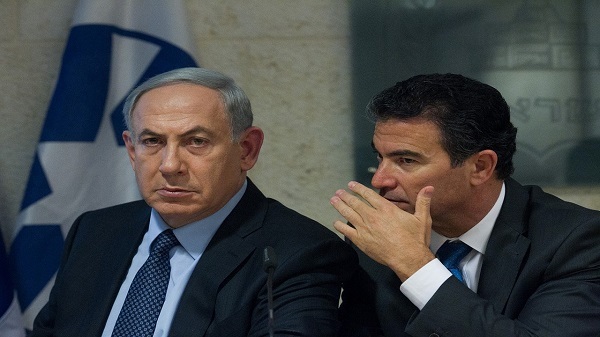 Mossad Director Yossi Cohen on Sunday denied he has any political ties to Prime Minister Benjamin Netanyahu or his Likud party in a highly unusual publicly released letter.

On Saturday night, Netanyahu told Channel 13 that “Yossi Cohen is an excellent Mossad chief. He is due to retire from his role in about two months. And I am thinking about how to integrate him afterward. He will make a significant contribution to the government I will form and I will know how to utilize his talents.”

This led the Movement for the Quality of Government in Israel to demand that Cohen clarify that he has no political connections to Netanyahu.

The spymaster responded that he has no partisan connections and that his sole role is working to ensure Israel’s security, regardless of who happens to sit in the prime minister’s chair.

In the same interview with Channel 13 News, Netanyahu rejected recurring allegations that resurfaced last week that Cohen promised to be loyal to the prime minister and his wife when he sought the position of national security adviser in 2013.

In the past, Netanyahu named Cohen and former Ambassador to the US Ron Dermer as his most natural successors to lead the Likud whenever he retires.

Sources close to Cohen have said in the past that he is drawn to politics, though he will only be able to serve in more unofficial envoy-type roles after he steps down in June since there is a three-year cooling off period before he can run for the Knesset.