Mexico and Peru have criticized a proposal being considered by the administration of US President Donald Trump to separate mothers and children crossing illegally into the United States. 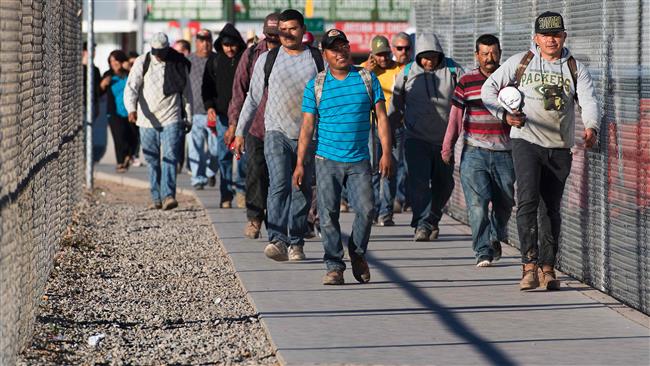 Peruvian President Pedro Pablo Kuczynski said Thursday that such a proposal was "something that shouldn't be happening in the 21st century."
Speaking to foreign media, Kuczynski also said he told the new US president during a White House meeting last month that he opposed Trump's proposed wall along the US-Mexico border.
"I don't want to provoke controversy but for me separating families is something that shouldn't be happening in the 21st century, and the wall either," Kuczynski said in Spanish. "I told the US president that."
Kuczynski, a former US citizen and an ardent defender of open economies, has previously compared Trump's proposed border wall to the Berlin Wall in Germany.
The US Department of Homeland Security has been considering separating women and children sneaking together into the country, US officials said Friday.
Discouraging mothers from migrating to the US was one of the main objectives authorities hope to achieve by undertaking the measure, the officials said.
The new plan would also allow the government to keep parents in detention as they contest deportation or make their cases in asylum courts, Presstv reported.
Mexican Foreign Minister Luis Videgaray also expressed his country’s concerns about the recent proposal during his trip to Washington and said he conveyed his view directly to Trump administration officials.
Videgaray, speaking to reporters at the Mexican Embassy in Washington on Thursday , said that separating children upon arrival represents an attack on "family integrity."
Videgaray said his country cannot "accept unilateral decisions imposed by one government on another."